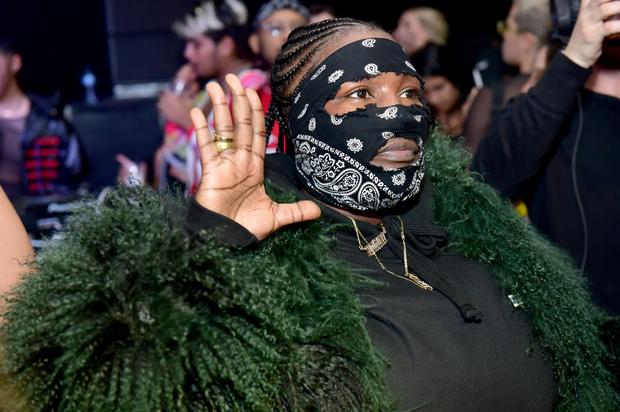 The latest act to make their way into NPR’s headquarters to deliver on a Tiny Desk performance is the Brooklyn-bred Leikeli47, who has been heavy into the promotional phase of her latest album Acrylic, which arrived in November of 2018.

Fresh off  of a line of visuals to support the project, Leikeli arrived with an intimate performance that found the masked spitter navigating through a set while backed by a four-piece band with Leikeli introducing them as “the TSA Band, taking flight with me.”

Tracks included her “Attitude” and “Money” found on 2017’s Wash & Set and, of course, key selects from Acrylic such as “Droppin'” and “Girl Blunt.”

The new video proves to present yet another layer to the enigmatic emcee who chooses to keep her identity concealed out of an effort to keep the focus on her music. Textured deliveries such as this one further underscore the theory.

“If you are still talking about the mask you may not get it,” Leikeli previously revealed in a talk with Complex. “We all know that I wear the mask to keep the focus strictly and directly on the art.”