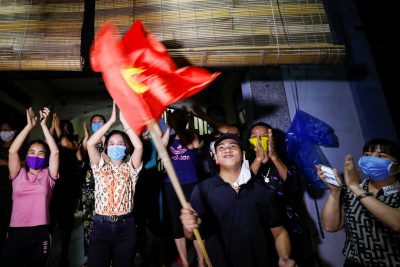 Vietnam is handling the outbreak of COVID-19 relatively well. Vietnam has confirmed a total of 324 cases with 267 recovered and no deaths, which is fairly low given its proximity to China. Vietnam has earned international accolades as one of the most successful countries in Asia to contain the virus. But Vietnam may win more than international praise, especially in political terms.

The effective handling of the coronavirus has provided the Communist Party of Vietnam (CPV) with an opportunity to ‘regain its people’s trust and strengthen its legitimacy in the midst of criticism toward how the party handled several issues in late 2019 and early 2020’. The Party’s legitimacy had deteriorated recently due to a number of issues, including the deadly clash between the government and civilians this year over a land dispute in Dong Tam as well as widespread corruption within the Party.

Vietnam is one of the most repressive regimes in Asia, with an abysmal human rights record. But the regime has been highly transparent in its response to the crisis, broadcasting regularly on television and keeping its citizens updated on the pandemic via text messages. Given this, national media is being inundated with public praise over the effectiveness of government and the Party.

The CPV’s improved image will be critical for the future of domestic politics in Vietnam, particularly as the Party prepares for the 13th National Congress, expected to be held in January 2021. International and domestic praise for the CPV will pave the way for it to win the consensus of the people on its future initiatives.

The coronavirus outbreak in Vietnam also provides military and police forces with an opportunity to strengthen their image. Both the military and police won people’s hearts by standing with them in the fight against the pandemic. If the outbreak is contained, the credibility of the military and the police will certainly increase. These forces are two vital instruments used to maintain Vietnam’s regime security. If their credibility is high, the CPV will be able to use them more effectively to enhance their political power.

Before the COVID-19 outbreak, Vietnam’s military and police forces did not have a good public reputation. Police brutality is widespread, with multiple deaths reported in police custody. The CPV’s anti-corruption campaign also prosecuted several high-ranking military generals, most notably Deputy Minister of National Defence Admiral Nguyen Van Hien. But amid the COVID-19 crisis, the credibility of these two forces is unprecedentedly high. Photos have gone viral on Facebook hailing them as ‘national heroes’ and ‘uncle Ho’s soldiers’, which momentarily drowns out past public grievances.

The effectiveness of CPV leadership during the COVID-19 pandemic also boosts Vietnam’s prestige in the international arena. With only a fraction of the healthcare budget of other successful countries, the performance of Vietnam’s healthcare services is surprising. Not only has Vietnam successfully contained the virus, but it has also donated medical supplies to other countries, even selling medical suits to the United States.

Vietnam’s largesse reflects its international spirit and sense of responsibility. Vietnam is the currently chair of ASEAN and a non-permanent member of the United Nations Security Council. With its outstanding response to the virus, cooperativeness and transparency, Vietnam will undoubtedly gain more international support in the future. Additionally, Vietnam offers a model for other countries in the region looking to contain COVID-19 with limited resources.

Despite this, the CPV’s legitimacy gains still outweigh the losses. In addition to prioritising resources to combat the pandemic, the government has also implemented policies to mitigate the economic impact of COVID-19. For example, Prime Minister Nguyen Xuan Phuc issued Directive 11, setting out measures to help businesses impacted by the outbreak.

Vietnam will likely bounce back quickly after the pandemic thanks to government efficiency and resilience during the crisis. Indeed, the government is gradually lifting its lockdown and allowing people to return to work. Lockdowns remain in many Southeast Asian countries. This means Vietnam will be a good destination for Western firms to invest during the post-coronavirus period, especially firms from the United States or Europe. These developments may pave the way for Vietnam to become a full-fledged middle power by 2030, which is a vital mission for the regime.

Vietnam has achieved not only praise from the international community but also substantial political gains from the COVID-19 outbreak. Emerging from the crisis with little damage will substantially reinforce the CPV’s legitimacy, which will in turn lay a foundation for the future of the one-party regime.

Phuong Pham is a graduate student at the School of Politics and International Relations, Queen Mary University of London, and a research assistant at the Institute for Foreign Policy and Strategic Studies of the Diplomatic Academy of Vietnam.

GIULIETTA TALEVI: Can Trump spend his way back into the White House? 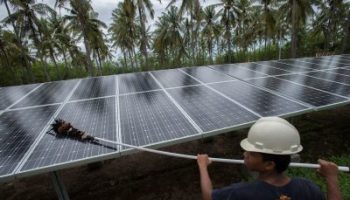 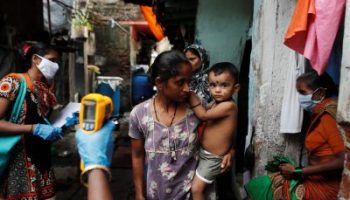 Sustainable development is key in responding to COVID-19 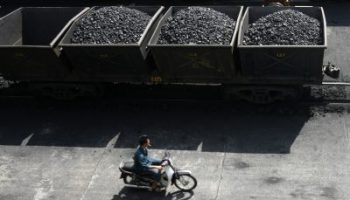 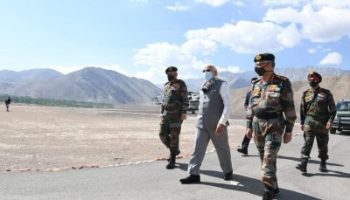 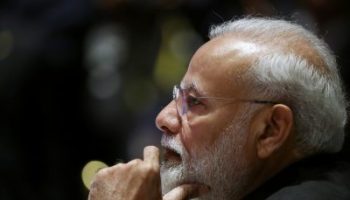 A smart Indian response to China