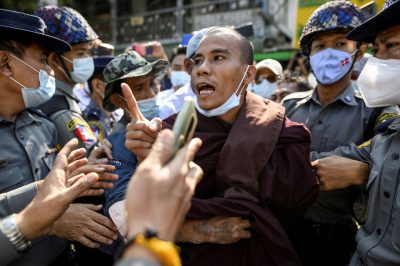 Despite massive popular support, Myanmar State Counsellor Aung San Suu Kyi faced forces too difficult to manage. These need to be understood in the aftermath of the military coup. A State Administrative Council of 11 — including Commander-in-Chief of the Armed Forces (Tatmadaw) Aung Min Hlaing — now possesses full power over the state. Aung San Suu Kyi is facing a long trial, the NLD is being dismantled, the election commission dismissed, and her National Reconciliation and Peace Centre dissolved.

In November 2020, the ultra-nationalist monk Wirathu turned himself in and is now in Insein Prison waiting for his case of sedition to begin. Recent events may have raised his prospects for release. He went into hiding after accusing Aung San Suu Kyi of being unable to govern Myanmar, stating that the country is doomed because she ‘only knows how to put on makeup, wear fashion and walk in high heels’, as well as other lewd remarks about her.

The monk went into hiding in Karen State in a house belonging to the Border Guard Force. He appeared in a photo with three armed soldiers and a gun placed on a table in front of him. Wirathu is the most outspoken member of the Tatmadaw-supported Association for the Protection of Race and Religion (Ma Ba Tha) — a Buddhist nationalist, anti-Muslim group.

During election campaigns in 2015 and 2020, Ma Ba Tha urged voters to support nationalist parties such as the military proxy Union Solidarity and Development Party (USDP) in order to resist ‘foreign invasion’ and ‘loss of sovereignty’. But the USDP lost half of its elected seats in parliament in 2020. Xenophobia and fear of a ‘Muslim invasion’ has influenced Burmese politics and nationalist resistance to immigration from India since colonial rule.

Nationalist monks fear Muslim immigration will lead to Muslims ruling Myanmar in this century. They see immigration and intermarriage as a threat to race, nation and Buddhism. The Chairman of Ma Ba Tha, Tilawka Bhivamsa, claims Muslims aggressively convert Buddhists and do not respect Buddhist ethics — ‘we must fight them with Dhamma [the doctrine], not violence. Those who use violence do not understand Buddhism’.

After the Tatmadaw’s eviction of — and atrocities against — more than 700,000 Muslim Rohingya from Rakhine State, the International Criminal Court in The Hague accused Myanmar of genocide. Aung San Suu Kyi defended her country at the court and denied any intended genocide, stating that Myanmar does not tolerate human rights abuses and crimes are prosecuted in the country’s military justice system. She defended the sovereignty of her nation but did not exonerate the military, angering Aung Min Hlaing.

For Aung San Suu Kyi, it would have been dangerous to confront the Tatmadaw directly. Aung Min Hlaing had demanded she convene the National Defence and Security Council during the Rohingya crisis and just before the coup. Encouraged by her popular support, she declined and denied the Tatmadaw-controlled council the chance to declare a constitutional state of emergency. Aung Min Hlaing lost his patience. He feared the National League for Democracy’s (NLD) control over the judicial system, border administration, economy, and peace process would increase and challenge the Tatmadaw’s power.

Recent developments in Karen State illustrate why the Tatmadaw felt compelled to end the NLD’s authority. A patron-client network of the Tatmadaw, Border Guard Force (BGF), Ma Ba Tha, cronies and foreign companies thrives in Karen State. They engage in a shadow economy backed by arms and disregard the rule of law, profiting from bribes, illegal trade and land confiscation.

A recent example is the casino town Shwe Kok Ko near Myawaddy on the border with Thailand. The town is managed by the BGF after they seized land from local villagers and signed a contract with a Chinese company connected to the criminal triad 14K. Illegal Chinese immigrants have now been deported and the Tatmadaw began investigating allegations of major bribes to officers. In early January 2021, this resulted in a demand for the BGF commander to retire.

Monks and armed groups have been involved in other cases of land grabbing for monastic buildings, plantations, a limestone quarry business involving a Chinese road company and the BGF, and a cable car project at the Zwe Kabin Mountain. At the same time, the Tatmadaw breaks ceasefire and conducts violent incursions into Karen National Union areas. This has displaced thousands of Karen and caused civilian casualties. Most recently the Tatmadaw prevented a non-governmental organisation access to deliver food to these displaced Karen.

The NLD was unable to control these powerful networks undermining peace negotiations, reforms to the justice system, the rule of law, and economic development. In an attempt to bring the area under parliamentary control, the NLD government appointed NLD chief state ministers to enhance central state control instead of holding local state elections.

Despite frustrations, voters — including Karen — supported the NLD as the main democratic force able to contest the Tatmadaw’s power. With the NLD threat taken care of, the Tatmadaw can now continue its violent conquest of ethnic areas.

Mikael Gravers is Associate Professor Emeritus at the School of Culture and Society in the Department of Anthropology, Aarhus University.

ATAL Sets Up First Company in UK, Further Expands its Footprint across the World

Georgia, Florida go after each other in ‘water wars’ arguments before U.S. Supreme Court 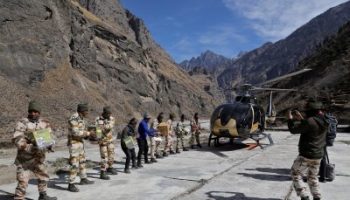 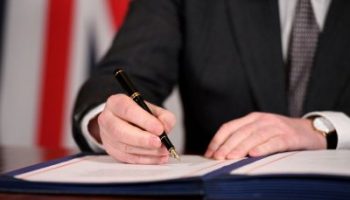 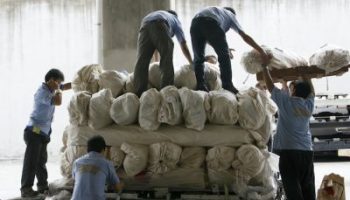 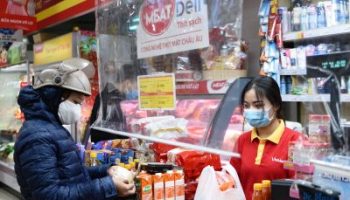 How COVID-19 is speeding up Vietnam’s digital transformation 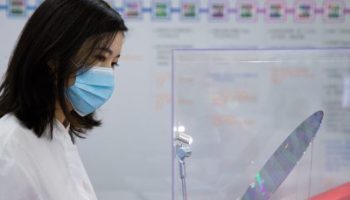