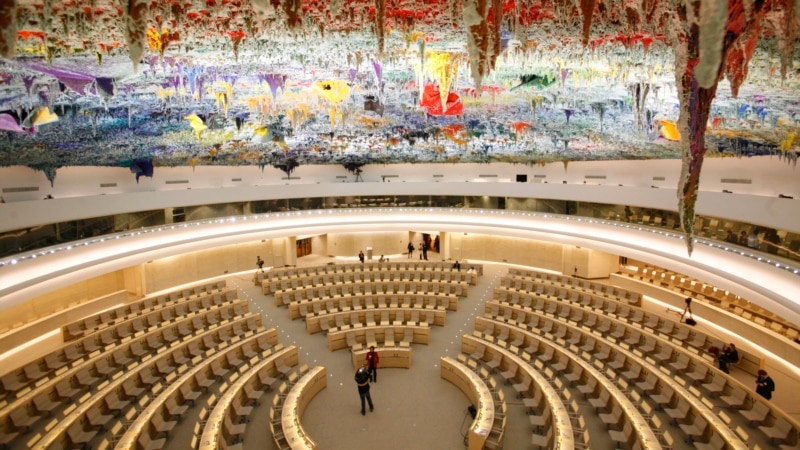 The United Nations is embarked on a year-long campaign to celebrate the 70th anniversary of the adoption of the Universal Declaration of Human Rights by the U.N. General Assembly on December 10, 1948. Campaigners say the declaration is as relevant today as it was when drafted seven decades ago.

The Universal Declaration of Human Rights was drafted in Paris in 1948 by a diverse group of countries under the leadership of former first lady of the United States, Eleanor Roosevelt. The Declaration was designed to prevent the repetition of the horrific human rights violations that were committed during World War II.

The common thread in the Universal Declaration is that of anti-discrimination; the belief that everyone is equal and everyone has the same rights. U.N. Human Rights spokesman Rupert Colville says many of the world’s human rights violations and problems stem from the failure to uphold that principle.

“I think in the current climate a lot of those issues are really crystallizing. You look at the #Me2 Movement,” he said. “So, even with all the advances there have been on women’s rights over the past 70 years, and there have been huge advances on women’s rights, nevertheless, suddenly you get the #Me2 Movement. And suddenly everyone realizes all sorts of ghastly stuff is going on affecting women, even the most privileged women in the most democratic and well-established countries.”

Colville notes human rights are not a given. He says it is a continuous struggle to get them and once that has been achieved to keep them.

Human Rights advocates believe in the Universal Declaration’s resilience. But they acknowledge this essential document will be challenged in the years ahead by new complex issues including rights to privacy and freedom of expression in the Internet age and the threat climate change poses to the right to life, food, water and housing.