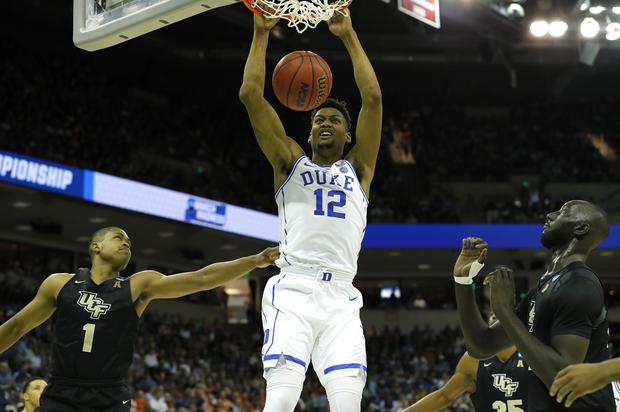 In a score of 76-77, Duke almost took the ‘L’ in a high-energy game which saw the University of Central Florida giving the No. 1 seeded squad a true run for their money.

A missed layup ultimately sealed the fate of the Knights as the Blue Devils now advance to their 31st Sweet 16 appearance. In no small part, it was Zion Williamson and R.J. Barrett who led their team to such a close win. Williamson has Barrett to thank for a rebound on a missed shot that would lead to a game-tying free throw.

Elsewhere, the matchup between Zion and UCF’s Tacko Fall came to an end when Williamson drew Fall’s fifth foul of the game, sending him to the bench after a performance that pulled 15 points, six rebounds and three blocks just ahead of the game’s finish.

Naturally, social media’s reaction to the high-intensity game is one that finds many calling the win a cheated one, with critics declaring that the referees have, once again, favored Duke in an advancement that was inevitable for the team no matter who they faced.

What this ultimately signals is that fans will be able to watch Zion Williamson play at least one more college game before he officially declares for the draft. Next up, Duke will face off with the victor of the Virginia Tech and Liberty match taking place Sunday.