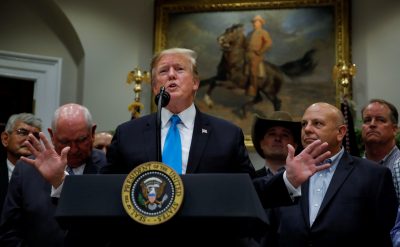 Perhaps surprisingly, all the analysis suggests that the fortunes of the US economy are little affected by the policies of a particular administration. The institutional bulwarks that overwhelmingly shape US economic policy dominate the influence of particular presidencies. At least that was until the advent of President Donald Trump. 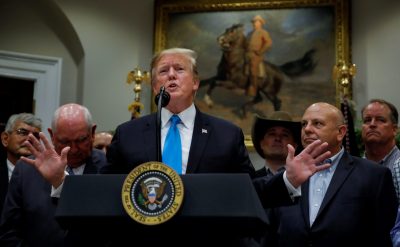 Mr Trump now blames everyone but himself for the ominous signs of recession and disruption that now beset the United States. The truth is that Mr Trump has entirely by himself visited the gathering economic storm upon his country and upon the world. It is the reckless pursuit of the trade war with China and arbitrary actions that defy established rules and economic logic — the most recent of which was to declare China a currency manipulator — that have spooked US and global financial markets and encouraged the global flight to cash.

Mr Trump and his administration are alone responsible for the assault on the multilateral economic institutions and rules that have provided the foundations for global growth and political openness for over seven decades. The strength of the North American economy, including its technological vibrancy, the growth of Europe and the lifting of hundreds of millions of people out of poverty, most notably in Asia, have all depended in crucial ways on that system — and still they do. The free flow of trade, investment, and ideas has supported the emergence of a growing middle class around the world. Despite Mr Trump’s assault on the multilateral order, the rest of the world, and particularly Asia, has a vital interest that it remains strong and continues to deliver economic and political security among nations big and small.

The return to unilateralism and disregard for established processes affect investor confidence and drag down trade and growth. The IMF and other international agencies are now revising growth forecasts downwards. Last year, the volatility of the global economy and many currencies decreased international capital flows and increased uncertainties in global trade. This year, the global economic situation continues to deteriorate and the uncertainties are growing. These uncertainties create downside risks to the global economy and increase financial market volatility. Economic activity is weakening. Trade and manufacturing activities are slowing.

Growth remains low and the risks are all downside, significantly because of trade uncertainty. The hit to global trade continues to dampen investment and business sentiment and lower productivity.

The longer term structural effects of Mr Trump’s trade war are already evident as producers retreat from efficient international specialisation. A fracture of confidence in the trade rules multiplies the cost of lost income potential significantly. Higher tariffs reduce incomes (perhaps more than is commonly understood) but uncertainty about the trade regime in a trade war between the two largest economies and traders in the world increases the risk premium on doing international business by ten times or more, some estimates suggest. That’s the difference between a minor perturbation in income growth and a major global recession. As Jayant Menon argues, the importance of effective tariff rates compared with nominal tariff rates, and a perception that the dispute between the United States and China will not end with the trade war, also explains how a relatively small tariff has fractured Asia’s supply chain, possibly permanently.

In our lead essay this week, Yao Yang points out that the onset of the trade war shook Chinese market confidence badly although the market has been calmer in 2019. Yet, he argues, ‘there is a wrongly-placed tendency in China’s policy circles to overstate the direct impact of the trade dispute on China’s economy and its future growth. [While the] trade war has serious implications for the multilateral trading system and China’s role in it, …the dispute is about trade and behind-the-border regulations that can be negotiated and negotiating to take out some of the impediments will be good for China’s economic ascendance’.

But is that likely to happen any time soon? Sadly, Yao concludes, it isn’t.

‘It’s highly likely now that the trade dispute will drag on for a long time’, says Yao. ‘President Trump probably needs an agreement more than the Chinese side. An agreement will allow him to claim victory and boost his political capital in the upcoming presidential campaign. On the other hand, Trump will probably have to take tougher measures, including imposing even higher tariffs, if an agreement is not reached. This will inevitably lift consumer prices higher and runs the risk of alienating ordinary voters’. Yao is prescient. Angry at Beijing’s defiance, Mr Trump last Friday promised to raise tariffs further on all Chinese goods and told American companies to leave China.

The fundamental issues behind the US–China trade tensions are not going to be solved any time soon and their bilateral, or even unilateral, resolution would also damage the rest of the world. Mr Trump may bargain the US and global economies against his personal political future. But it is the health of the global economy that’s now at stake, and multilateralism needs to provide the answers.

Other countries are not used to the burden of leadership responsibilities for the trading system that they long presumed the United States would willingly carry. They also have little experience in mobilising coalitions of significant partners to provide collective leadership in place of hegemonic leadership of that system. But policymakers in countries around the world now need collectively to safeguard and invigorate the multilateral trade regime to protect their immediate economic interests, and the long-term future of the global economy, in the face of powerful recessionary forces.

Leaders in Australia, Indonesia or Japan are not helpless in the new circumstances they now must face, whatever they are wont to claim. The battle to defend the multilateral trading system is only just beginning and Europe, Canada and Asia need to step up for multilateralism. They need to carry forward now the conviction that a multilateral economic order can prevail, even without the United States.