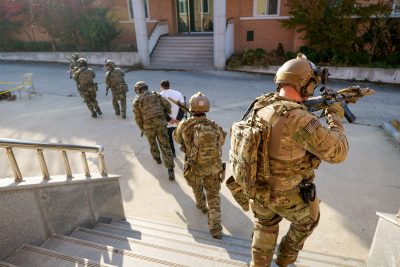 South Korea is one of the United States’ most loyal partners. But this has not spared Seoul from backhanded treatment by Washington in recent years — particularly the demands that the United States has placed on South Korea in the current season of cost-sharing negotiations. 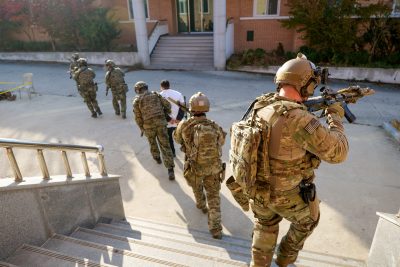 Occasional tensions between South Korea and the United States in the context of the alliance are normal. But Washington’s decision to bring defence cost-sharing between South Korea and the United States to the fore highlights the needfor the two countries to expand the scope of their dialogue and consider comprehensive adjustments to their defence partnership. The two sides should consider how to make the alliance more conducive to South Korea’s ability to cooperate with China, an indispensable player in Korean security, in peacefully resolving the division of the Peninsula.

Korea’s political division serves no country’s interests as it perpetuates the constant spectre of violence and undermines opportunities for economic cooperation, such as South Korea’s New Northern Policy. Washington ostensibly hopes for a unified and peaceful Korea. But the potential for disagreement between South Korea’s emphasis on unification and US interests in deterring the North Korean military has loomed in the background since before South Korean President Moon Jae-in’s outreach to Pyongyang.

Placing a greater share of responsibility for South Korea’s national defence on Seoul could lead to a reduction in the United States’ role in South Korea’s security. It would also instate South Korea as a leader in deterring North Korean military actions and peacefully unifying Korea. But deterring Pyongyang’s unconventional capabilities will need to remain the United States’ responsibility under a revised alliance. It should be one of Washington’s key direct defence obligations to South Korea until all relevant parties agree on a response to North Korea’s nuclear capabilities.

The continued presence of US troops in South Korea perpetuates China’s view of North Korea as a buffer zone. Reducing the large number of US military personnel deployed in South Korea could help open the door to greater policy coordination between China and South Korea over peaceful Korean unification. China may accept unification under the South Korean government if it occurs peacefully and not as a response to a contingency in North Korea — a position that is not entirely incompatible with US interests.

The United Statesseems intent on re-shaping its defence partnership with South Koreato position itself for the geopolitical containment of China. A key source of Washington’s discontent over Seoul’s willingness to withdraw from the General Security of Military Information Agreementwith Japan in late 2019 was the weakening of the United States’ position against China that the withdrawal would entail.

Attempting to position the South Korea–US alliance as a front in the United States’ strategic competition with Beijing will likely frustrate South Korea’s attempts to cooperate on security with China.

Given China’s unmatched leverage over Pyongyang and its interests on the Korean Peninsula, Seoul will have to work with China to resolve the Korean security crisis. South Korea is eager to maintain working relations with China. This is exemplified by the recent China–South Korea rapprochement after a period of icy relations due to the United States’ deployment of the Terminal High Altitude Area Defense system.

Anthony V Rinna is a Senior Editor and specialist on Russian foreign policy in East Asia for the Sino-NK research group.