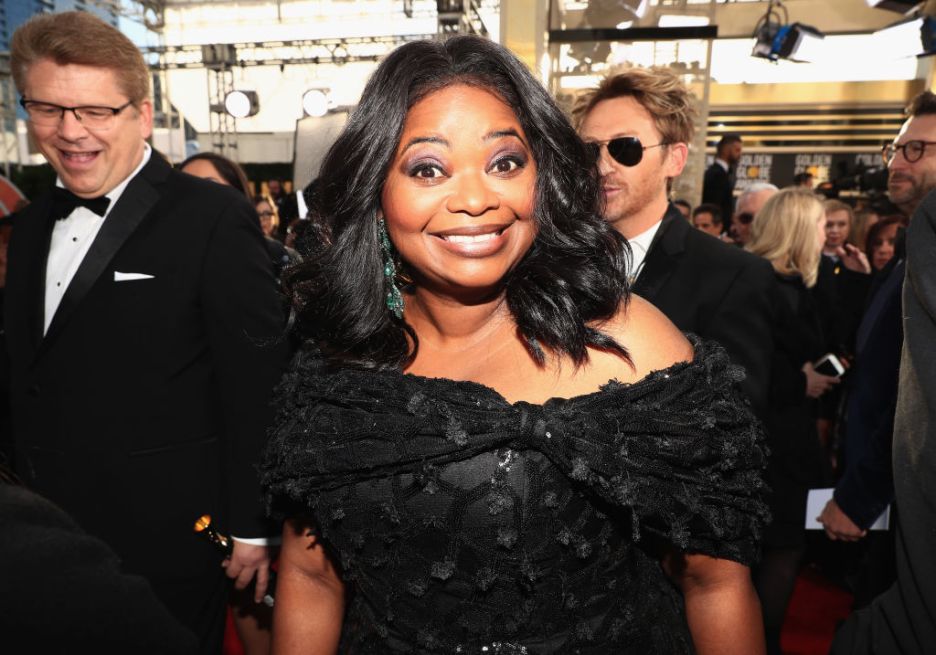 Black folks continue to make their mark in the horror and thriller genre this year. First there is Jordan Peele’s “Us,” and now there’s Octavia Spencer’s upcoming film “Ma.”

And man is it super creepy.

According to Universal Pictures….

“Everybody’s welcome at Ma’s. But good luck getting home safe.

Oscar winner Octavia Spencer stars as Sue Ann, a loner who keeps to herself in her quiet Ohio town. One day, she is asked by Maggie, a new teenager in town (Diana Silvers, Glass), to buy some booze for her and her friends, and Sue Ann sees the chance to make some unsuspecting, if younger, friends of her own.

She offers the kids the chance to avoid drinking and driving by hanging out in the basement of her home. But there are some house rules: One of the kids has to stay sober. Don’t curse. Never go upstairs. And call her “Ma.”

But as Ma’s hospitality starts to curdle into obsession, what began as a teenage dream turns into a terrorizing nightmare, and Ma’s place goes from the best place in town to the worst place on earth.”

Take a look at this creepy AF trailer:

Well damn Octavia! I see you giving us “Misery” vibes!

Granted, I absolutely love horror films (and even make them myself), so obviously I am excited to see this film. We’re long overdue for horror films that are centered on Black women in a nuanced way as opposed to us playing flat stereotypes, being the underdeveloped sidekick, the person to get killed off first or the one sacrificing our lives to save the white lead.

Films like “Ma” are also important because they give Black actresses roles that are exciting, out-of-the-box and show real range. Most importantly, in Spencer’s case, this is a role that takes place in the present, as opposed to her past period pieces that include “The Help,” “Hidden Figures” and “The Shape Of Water.”

“Ma,” if done well and done with conviction, could be a breath of fresh air in the genre underscoring the fact that we need more films like this that highlight our talent, stories and experiences.

So for all of that that, this horror lover is giving, “Ma” all my hard earned money. But, I do have a few questions and thoughts….

Now here’s what I do know for sure: If a 2-minute trailer can get me this engaged, spark questions and a create a serious desire to see more, it’s done its job.

Clearly, I am not alone. Black Twitter was on fire reacting to this film:

After Pakistan, Saudi Arabia to Boost Bilateral Ties With India