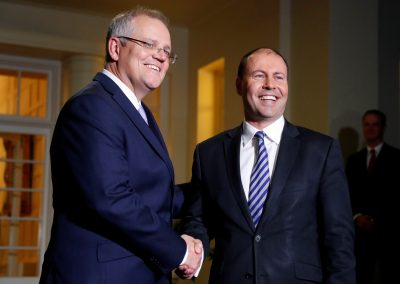 The most concerning aspect of Australia’s economic debate at present, with a Federal election promised for May 2019, is the rapidly widening gap between political narratives and the lived experience of voters. 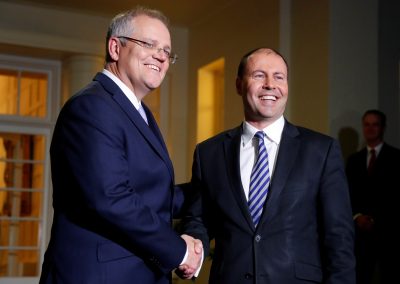 While governments can be excused, somewhat, for wanting to project a favourable narrative, the ruling Morrison government is not only exaggerating the economy’s strength but offering bizarre and indefensible rationalisations for unfavourable developments. It is not possible to ‘spin’ the economy for too long — the reality is soon revealed as data unfolds.

The rhetoric of the Morrison administration focusses on Australia’s 27 years of economic growth without a recession and recent employment growth. It boasts the achievement of an earlier budget surplus, and claims that the surpluses will increase and be sustained. Australia’s record level of household debt (the second highest in the world), its flat wages and the huge unfunded spending commitments to be met as the country moves through the 2020s are mostly ignored.

The decline in Australia’s household savings rate to pre-global financial crisis levels is dismissed as evidence of the strength of consumer confidence, rather than the reverse. As households struggle to meet the rising costs of living, they are increasing their debts and running down their savings. Consumer spending is slowing and overall growth with it.

It is hard to see how the budget situation has actually improved structurally. The unexpected strength in company tax receipts is mostly due to company tax effectively operating as a resource rent tax, reflecting the higher commodity prices than those conservatively predicted at budget time. But this is more a one-off than a sustainable trend.

Similarly, slowing employment growth and commitments to ‘eliminate’ bracket creep are subduing the personal tax base. Not to mention all sides of politics are presently ‘spending the surplus’ via expanded election commitments. Both major parties have already made considerable commitments to increased spending on education, health, the National Disability Insurance Scheme, defence and infrastructure over the next decade — mostly yet to be fully funded.

With the significant and mounting loss of trust and belief in politicians and political processes, Australian voters are increasingly demanding authenticity and meaningful policy outcomes. In particular, many Australians are frustrated that the government is not directly addressing the key elements of rising costs of living, while simply ‘kicking’ longer-term structural policy challenges (such as climate change, productivity, aged care and many other areas in need of reform) further down the road.

Importantly, the Australian government is failing to fully recognise and adjust to the global risks and realities of a slowing world economy, compounded by a multiplicity of significant but unpredictable geopolitical tensions. These include the multiple concerns about US President Donald Trump; the US–China trade spat; Brexit; other threats to European Union unity; leadership tensions around May, Macron and Merkel; and other challenges ranging from Russia to the Arabian Peninsula, Iran and North Korea.

Unfortunately, today’s government (and Australian politics in general) only focusses on the very short-term, opportunism and populism, preferring to score points on each other and shift blame, where the end game is simply to win the next election at all costs. Slogans, sound bites and stunts are thought of as more important than the clearly defined pursuit of Australia’s national interest.

In these terms, Australia’s economic outlook is one of subdued growth, where fiscal and monetary authorities have little capacity and flexibility to respond. A recession is not out of the question in the next couple of years, depending on how the global economy unfolds and whether there is another global financial crisis. Australia is very exposed.

Recent stock market volatility, driven mostly by the unpredictability of Trump on trade and fluctuating uncertainty regarding US interest rates, has seen the US market lose most of its gains of the last couple of years. Even with this ‘correction’, the market is still seen as overvalued, with more ‘corrections’ to come. Bond markets are also becoming somewhat skitzy, with significant concern about global debt and the debt burdens of emerging countries like China, Italy and Turkey.

The accumulation of risks across the global financial sector suggests that the probability of another financial crisis is significant (better than 50 per cent). And this probability is increasing as governments and policy authorities continue to be reluctant to consider such a possibility and take precautionary measures against it.

It is significant (to the extent that it is ‘real’ and not simply ‘assumed’ by way of optimistic forecasts) that the Australian budget may soon return to surplus after some 10 years. But the government and opposition would be wiser to put some away for a rainy day and reduce Australia’s national debt, rather than promise another tax cut or spending spree in the hope of winning the next election. The electorate now sees through such blatant opportunism and is desperate for better government.

John Hewson is a former Liberal opposition leader in the Australian government. He is currently Professor and Chair of the Tax and Transfer Policy Institute at the Australian National University. 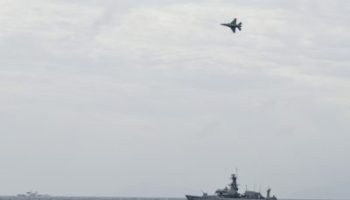 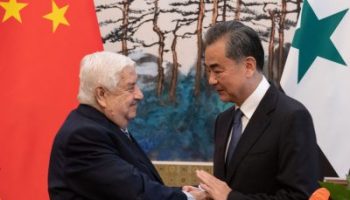 China’s vetoes during the Syrian conflict 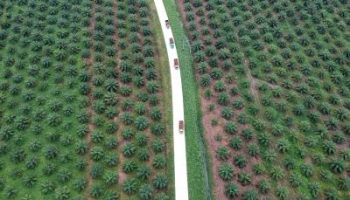 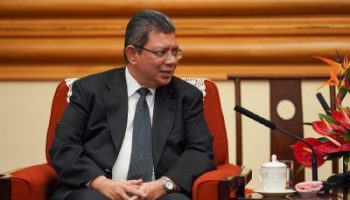 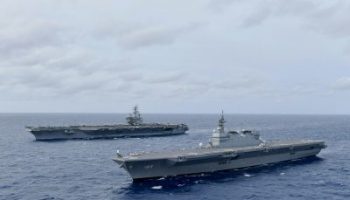 Turbulence on the horizon in the South China Sea?