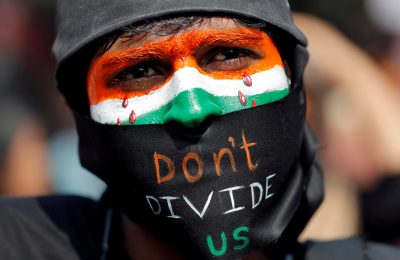 India’s slide into illiberalism began before the Bharatiya Janata Party (BJP) came into power in 2014 under Prime Minister Narendra Modi. In his book The Intolerant Indian, Gautam Adhikari contends that extremist religious ideologies and the violent politics of left and right forces alike have overshadowed the idea of a tolerant, plural society on which modern India was established. 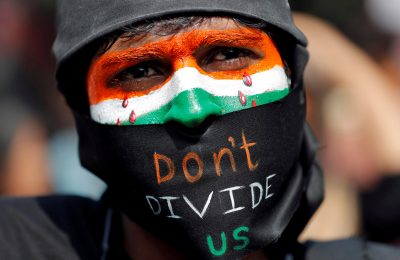 But it took a more ominous turn under the BJP. Modi’s first five-year term (2014–19) witnessed many anti-Muslim acts of commission and omission that undermined their dignity as Muslims. Now Modi seems intent on erasing their Indian identity. With changes to citizenship laws, Muslims fear that they could be declared stateless and held in detention camps.

This is the background to the bloody Delhi riots that began in late February. Some Indian commentators compare them to the 1984 anti-Sikh riots. Others point to the similarities with the 2002 anti-Muslim pogrom in Gujarat when Modi was head of the state government. Like then, the 2020 Delhi riots have seen many disturbing reports of police apathy and complicity. The Delhi High Court expressed incredulity that Delhi Police had not watched videos of BJP leader Kapil Mishra’s alleged hate speech before the riots. The Guardian reports that three-quarters of those killed were Muslims.

Many key public figures have compared the riots to Kristallnacht, when Jewish homes and buildings were destroyed across Germany in 1938. This seems apt given the risk that what happened in Delhi in February could mark the moment when the existence of Muslims in India was shattered.

Kristallnacht was the most important staging post on the road to the Nazi regime implementing its final solution. Only after the defeat of Hitler and the exorcism of Nazi ideology did the civilised community institutionalise its determination to ‘never again’ permit such horrors in several legal instruments and institutional apparatus like the Genocide Convention and the International Criminal Court. But, as we know from Cambodia, Rwanda, Bosnia, East Timor and others, the pledge of ‘never again’ is repeatedly violated.

The Islamophobic agenda is not likely to be stopped by internal forces. The Supreme Court has become unduly deferential to the government. On 16 March, former chief justice Ranjan Gogoi was nominated by the government to the Rajya Sabha (Parliament’s upper house) just four months after his retirement, fuelling suspicions that he had been rewarded for decisions that had favoured the government. Gogoi’s former colleagues, retired justices Madan B Lokur and Kurian Joseph, said that the nomination has compromised ‘the independence, impartiality and integrity of the judiciary’ because people would now begin to be sceptical of judgments in cases involving the government, wondering if judges are influenced by the lure of post-retirement appointments.

Opposition parties are in disarray and Modi towers over all rivals inside and outside the BJP. The party lost two stalwarts last year with the untimely deaths of former finance minister Arun Jaitley and former foreign minister Sushma Swaraj — the two voices of moderation, respected in the party and listened to by Modi. Without them, no one is left to counter Home Minister Amit Shah’s agenda of aggressive cultural nationalism. This makes it imperative for friendly foreign governments to speak privately and, if that fails to produce course-correction, to speak out publicly against the Hindu primacy project.

They should do so because the religious agenda has five major deleterious consequences. It undercuts the shared liberal democratic values of political pluralism. It drags down India’s economic prospects. It degrades India’s ability to propel modernisation. It risks the radicalisation of 180 million Muslims that could transform India from an effective firewall against Islamic militancy to its west into a spawning ground of Islamist terrorism with the potential to spill over across the region. And it could produce the biggest wave of refugees.

The bigger indictment of the toxic political environment in India today is the torrent of ignorant and puerile comments triggered by constructive criticism from foreign well-wishers such as the former UN secretary-general Ban Ki-moon.

‘Indo-Pacific’ has displaced ‘Asia Pacific’, primarily to incorporate India into the regional strategic framework of countries concerned about China’s growing military presence and assertiveness. In 2017 a senior White House official justified the change of terminology, saying that ‘Indo-Pacific’ ‘captures the importance of India’s rise’.

The Quadrilateral Security Dialogue (Quad) is a popular ‘Indo-Pacific’ strategic construct to supposedly counter China’s growing geopolitical clout. An important justification for these new strategic groupings is the foundational values of democracy, political pluralism and civic freedoms that bind the Quad countries — Australia, Japan, India and the United States — together. Australia’s 2016 Defence White Paper noted that Australia and India’s shared interests and democratic values form a solid basis for engagement. If not checked, India’s slide into religious intolerance erodes these common values.

India’s economy was already slowing considerably. Deadly riots in the capital are a disincentive to foreign investors. Who would want to bet on a country on the verge of going up in flames as Hindu–Muslim tensions escalate beyond control? This is even before the impact of the coronavirus pandemic begins to take toll. The economic costs to foreign governments of calling Modi out are not going to be steep. They have a bigger vested interest in India’s continued economic prosperity if Modi switches to prioritising trade and productivity-led growth, development and good governance.

India’s Muslims are being alienated. This could push them to embrace extremism. It may also lead to waves of Muslims taking to the seas on leaky boats in search of refuge in countries around the region. We all have much to lose if religion-based hatred continues to intensify and spread across India.

Ramesh Thakur is Emeritus Professor at The Australian National University and a former UN Assistant Secretary-General.