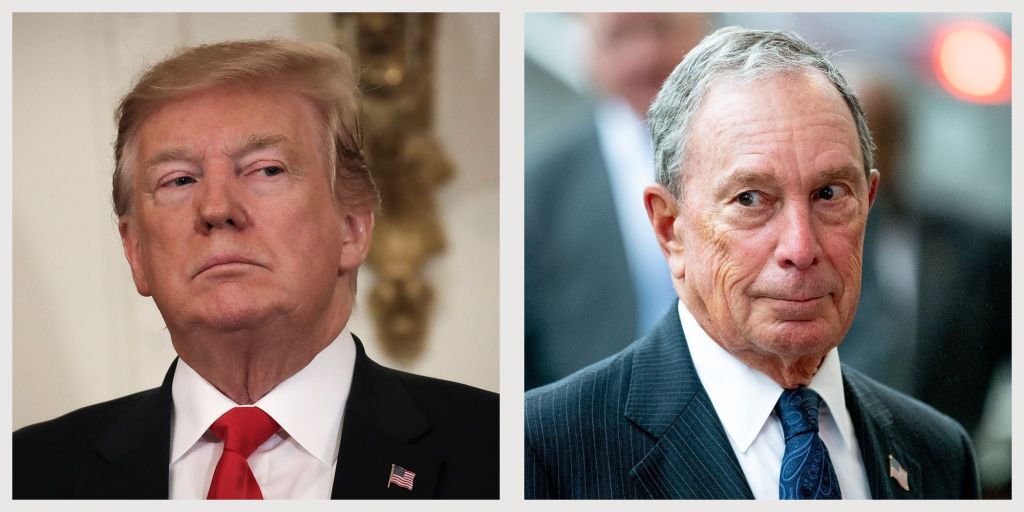 Democrats are divided over which candidate is best suited to take on Donald Trump in the upcoming election. They can’t seem to decide, or coalesce around, who is the most electable.

Here’s a good way to pick Trump’s challenger … choose the one most unlike Trump. Select the candidate who is closest to the polar opposite of the man currently occupying the White House.

So, is it the progressive firebrand Bernie Sanders? Or the equally progressive Elizabeth Warren? Is it Andrew Yang?

No, it’s none of the above.

The 2020 Democratic presidential candidate closest to being the anti-Trump is Mike Bloomberg.

Okay, okay, hear me out.

Unlike Trump, Bloomberg is a real billionaire. He will get under the skin of our fake billionaire “president” like no other. The man who Forbes estimates is worth $62 billion has promised to spend “whatever it takes,” of his own money, to defeat Trump. So, what’s a billion or two to Mike? And you can almost hear this line coming from Bloomberg’s mouth, “A real billionaire has no problem releasing his tax returns. What are you so afraid of, Donald. What are you hiding?”

Bloomberg is a Republican-turned-Democrat. He is the opposite of the former Democrat, Trump, turned Republican. This could be very appealing to Republicans who might want to follow Bloomberg’s lead.

Bloomberg is Jewish. He is well suited to put our racist, white supremacist president in his place. Bloomberg could put Florida into play like no other.

Bloomberg wants to raise taxes on the rich. He has proposed a $5 trillion-dollar tax increase to pay for what Democrats want most … expanded health care, improvement of the nation’s infrastructure, more affordable housing and investments in clean energy. Other Democratic candidates also want to increase taxes on the wealthy but only Bloomberg can go there without being labeled a “socialist” engaged in “class warfare.”

Yes, it’s a longshot for the man who got into the race too late to compete in the early states of Iowa, New Hampshire, Nevada and South Carolina but, if the race remains divided, and we have a brokered convention, who knows?

And sure, Bloomberg is running an unconventional race … but so did the candidate who succeeded the last time around!

So, as unlikely as his nomination may seem, I’m just saying Democrats might want to refocus some of that attention away from Mayor Pete to that other mayor, Mayor Mike.

Donald Trump to propose slash in foreign aid and social support in US$4.8 trillion budget for 2021