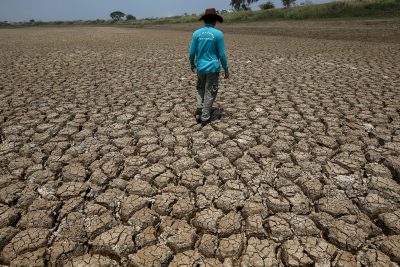 Shortages of water are a huge problem for Thailand. The government’s attempts to promote industrial investment in the Eastern Economic Corridor (EEC) — Chon Buri, Rayong and Chachoengsao — has caused water demand in the region to rise drastically. This has diverted water away from farmers and local people creating an increasingly unfair distribution of water resources. Thailand is currently facing its worst drought in 40 years. This drought will exacerbate Thailand’s existing economic pressures through damaging the agricultural sector, particularly Thailand’s main farming activities of sugar, rubber and rice. Based on Bank of Ayudhya’s Krungsri Research, the 2020 drought will cost the country 46 billion Thai baht (US$1.5 billion), or 0.27 per cent of GDP.

The Royal Irrigation Department (RID) has spent more than 15 million baht (US$480,000) supplying water to the EEC by building water storage systems and reclaiming more than 32,000 hectares of land. This has sparked conflict between local people and the state. Water sources in two districts of the Nakhon Ratchasima Province dried up in early January 2020 requiring water from the Lam Ta Khong Dam to be diverted to supply farmers in the area.

Thailand has undergone rapid economic development over recent decades causing huge increases in water demand around the country in all sectors. Increased demand has been accompanied by more droughts and floods due to climate change and deforestation. The Thai government sees the country’s water shortage problem as also being caused by both increased human demand in rural and urban areas and water overuse in many sectors.

The Thai National Water Vision was announced in July 2000 envisaging that by 2025 ‘Thailand will have sufficient water of good quality for all users … that will ensure equitable and sustainable use of water resources’. Thailand will find the complexities and politics of water policy difficult to overcome in the next five years as water demand continues to increase, driven by a growing population and economic growth. Thailand’s adoption of integrated water resource management (IWRM) principles has also faced challenges in implementation, owing to overlapping mandates among Thai institutions.

Thailand has sought to restructure its water management strategy, approving a 20-year national strategy in 2018. The Office of National Water Resources (ONWR) is the new and singular government agency that regulates integrated national water resources management. By 2030, the ONWR plans to provide clean water to over 75,000 villages in 66 areas covering 5.5 million hectares by building more than 541,000 small dams to restore watershed areas at risk due to flood and drought.

The Water Resources Act was approved in January 2018 to streamline water management across 40 government agencies that had previously managed water with overlapping mandates. Despite this restructuring, it is still not clear exactly how these new institutions will be composed and in what ways local people will be involved in water management decisions. Whether or not the effectiveness of water management improves with these changes is an open question.

Multiple actors — local communities, water professionals, universities and government units both at national and local levels — are involved in water management and policy. But not all of those involved have equal power to formulate water policy and reduce water shortages in drought-stricken areas. It is generally the powerless local population who are the first to confront a water crisis directly. They often have the weakest voice and are unable to express their concerns at the policy level. The ‘Mekong-Loei-Chi-Mun River Management and Diversion’ — opposed by Thai Puan villagers in Loei province who were never fully consulted about the project — is just one example in the Northeast region.

Local people, farmers and civil society organisations who have experienced a shortage of water, especially in the Northeast region of Thailand, observe that water shortage often becomes a political issue that is used to justify unfair water distribution and access.

Water shortage has also been associated with poverty and inequality among water users. Local people and farmers are the most at risk of water shortage in Thailand but lack the political power to negotiate with other powerful actors who share Thailand’s water. Government agencies also have a paternalistic attitude towards local communities and distrust local authorities and the people.

Water isn’t merely a natural resource. It is also a resource for culture, politics, society and the economy. Implementation of effective water management policies at various levels requires a multifaceted approach taking into consideration the interests of all affected people. Farmers and local people must be provided with technical knowledge about water management. Water-related budgets also need to be distributed in such a way that local people can gain access to water resources and build their own capacity and water supply resilience.

Increased collaboration between water management institutions — local authorities, the RID and other related government units — will benefit farmers and local people and ensure they have fair access to water in the dry season. Increasing the voices and the expertise of local people can secure water rights and ensure inclusive development as local people gain access to water and are able to sustain their livelihoods.

She is most recently author of ‘NGOs and civil society in Thailand’ in Pavin Chachavalpongpun (ed.), the Routledge Handbook of Contemporary Thailand (Routledge, 2020). 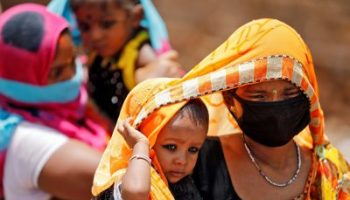 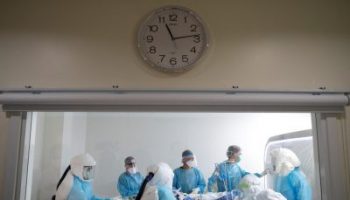 Can developing countries handle the headwinds of COVID-19? 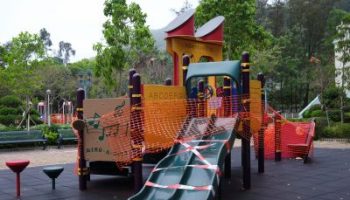 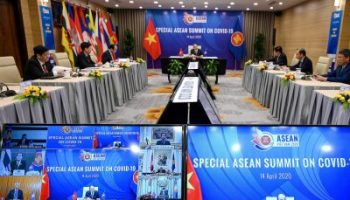 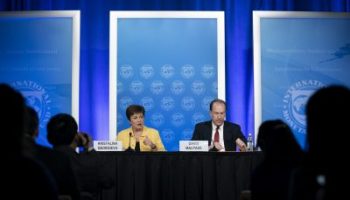