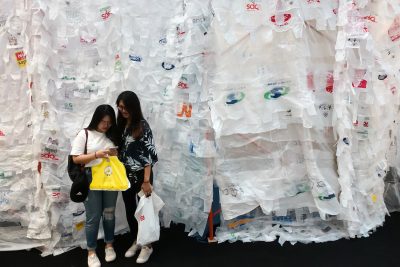 Thais started 2020 with a major lifestyle change. After many retail stores banned plastic bags throughout the country, Thais are now bringing reusable bags when they shop. This ban is the first of its kind in Southeast Asia and is a significant step forward in a country that consumes a large amount of plastic and ranks as one of the world’s top 10 marine plastic polluters.

First, Thai people were shocked and saddened by the news of marine animals along Thai shores dying after ingesting plastic, including a pilot whale in June 2018 and several sea turtles in mid-2019. Most shocking of all was the death of Mariam, a beloved orphaned baby dugong, in August 2019. These deaths sharply raised local awareness of the marine plastic problem.

Second, the leadership of the new Environment Minister Varawut Silpa-archa has been instrumental. Since taking office last July, he has advocated vehemently for the plastic bag ban. Shortly after Mariam’s death, Varawut convinced 43 retail operators — later expanded to 75 — to impose the ban. The ban is expected to reduce plastic bag usage by up to 9 billion per year or 20 per cent of current consumption.

Most Thais seem to support the ban and have adjusted well by bringing their own bags to stores. On the first day, shoppers used unconventional containers such as buckets, rice sacks and even pushcarts to load their purchases. These comic images went viral on social media.

According to a nationwide poll of those aged 15 and over published in mid-January, 58 per cent of the respondents strongly support the ban, agreeing that it is a way to reduce Thailand’s waste. Meanwhile, 23 per cent somewhat support the ban but think that it should be imposed gradually. Only 9 per cent were against it.

Thais have adapted well to the ban because of plastic waste reduction campaigns conducted over the past few years. For example, last July several major shopping malls and supermarkets such as the Mall Group and Homepro started charging 1 baht (US$0.03) per plastic bag.

In 2016, Chulalongkorn University initiated its well-known Chula Zero Waste program. Students are taught about the need to reduce plastic consumption and to separate and recycle waste. The university started charging 2 baht (US$0.06) per plastic bag. In less than a year, the use of plastic bags on campus dropped by 90 per cent from 132,000 to 13,000.

While the recent ban will help wean Thais off their addiction to using plastic bags, it still has some shortcomings. The scheme is based on a voluntary agreement between the government and big retailers. Without any regulatory teeth, there is no guarantee that shops will comply. Some 7-Eleven employees are still handing out plastic bags for free to complaining customers who buy bulky items.

The government also allows several items to be exempt from the ban including hot food, wet items, fresh meat and vegetables, thereby weakening the ban’s effectiveness. The ban also only covers major stores, accounting for only 30 per cent of total plastic bag consumption. The rest of the bags from small grocery stores, fresh markets and stalls are not covered.

Due to the ban’s voluntary nature, there are no clear rules or agreements on how retailers will implement the ban, the types and prices of reusable bags and how the revenue gained from selling reusable bags will be spent. This ambiguity led to disputes over the excessive use of low-quality spun-bond bags sold by many retailers as this type of bag can easily break down into microplastics and harm marine life.

Prominent consumer rights activist Srisuwan Janya accused retailers of passing the costs of the ban to consumers by not offering free alternatives.

It is still too early to assess the success of the voluntary plastic bag ban but it is an important first step in shifting the Thai mindset away from relying on single-use plastics. The next steps the government should take include drafting laws to control the production and consumption of single-use plastics that are rising sharply due to the growth of online food delivery businesses. Comprehensive policy interventions are also required throughout the product and packaging life cycle.

Since consumers cannot be relied on to use less plastic, producers should also play a key role by designing more ecologically-friendly products and packaging and taking more responsibility for their products’ end-life. Finally, during ASEAN meetings, the Thai government can use the success of the ban to persuade other Southeast Asian countries to follow suit.

Sujitra Vassanadumrongdee is a Senior Researcher at the Environmental Research Institute, Chulalongkorn University.

Danny Marks is Assistant Professor of Environmental Studies with the Department of Asian and International Studies at the City University of Hong Kong (CUHK). 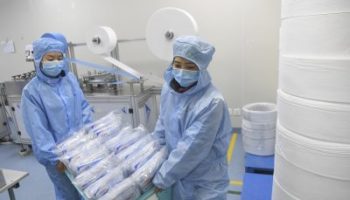 Australia in a post-COVID-19 world 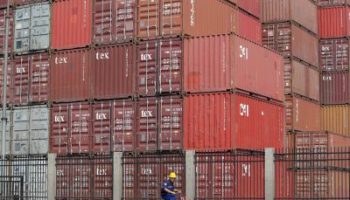 Can we stop the protectionist wave? 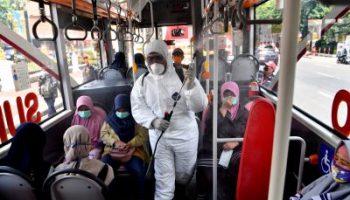 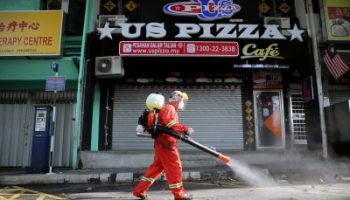 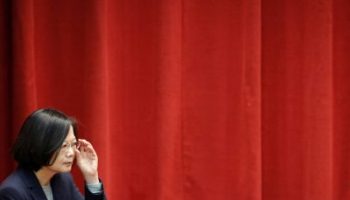