Student who says she flushed hamster down toilet in Spirit Airlines flap has a replacement rodent, lawyer says

A college student is considering legal action against Spirit Airlines, for allegedly leading her to drown her emotional support hamster because she couldn’t bring it on her flight. Nathan Rousseau Smith has the story.
Buzz60

Belen Aldecosea says a Spirit Airlines employee suggested she flush her emotional-support hamster named Pebbles down the toilet because she couldn’t bring it on her flight, her attorney Adam Goodman said.(Photo: Courtesy of Adam Goodman)

The lawyer for a student who says Spirit Airlines told her to flush her emotional-support hamster down the toilet says she’s still distraught over the incident but now has a replacement rodent for comfort.

Belen Aldecosea’s account of what happened after she checked into her November flight from Baltimore to South Florida — which has gone viral on social media — comes as airlines have been struggling with policies regarding comfort animals onboard flights.

Aldecosea’s attorney, Adam Goodman, acknowledges there isn’t audio or video proof showing a Spirit employee suggesting she flush her hamster, but he believes his client.

“It’s hard, but you really have to look at the circumstances because this whole thing only makes sense with someone telling her to (flush the animal),” Goodman told USA TODAY. “…This is a situation where there weren’t body cameras or anything.”

It all started in November when Aldecosea, 21, a Texas State University student living in Philadelphia at the time, booked a flight from Baltimore/Washington International Thurgood Marshall Airport to her home in South Florida.

Belen Aldecosea says a Spirit Airlines employee suggested she flush her emotional-support hamster named Pebbles down the toilet because she couldn’t bring it on her flight, her attorney Adam Goodman said. (Photo: Courtesy of Adam Goodman)

She was traveling to Fort Lauderdale to have a large growth removed from her neck — which was one of the reasons she got Pebbles the hamster to begin with.

The animal helped comfort her before she knew the growth was benign, especially since she didn’t know many people in Philadelphia, Goodman said.

She called Spirit ahead of time to ask whether Pebbles could accompany her on the flight, Goodman said. The airline said traveling with Pebbles was fine, but when Aldecosea got to the airport, that changed.

She checked in with the airline, bringing along paperwork that proved the rodent was an emotional-support animal. One employee remarked how cute Pebbles was, Goodman said.

As Aldecosea walked to security, a second employee told her the animal wasn’t allowed onboard.

The airline changed her 10 a.m. flight to a later one at 7 p.m. to give Aldecosea time to make arrangements for the animal, Spirit spokesman Derek Dombrowski told USA TODAY.

Aldecosea told the Miami Herald she was hours from friends who could help, wasn’t able to rent a car and taking a Greyhound bus would take days.

A Spirit employee, she told the newspaper, suggested she let Pebbles go outside or flush her down the toilet. Aldecosea thought it would be inhumane to let the animal freeze outside and decided to flush her in an airport toilet, she told the Herald.

“She was scared. I was scared. It was horrifying trying to put her in the toilet,” Aldecosea told the newspaper. “I was emotional. I was crying. I sat there for a good 10 minutes crying in the stall.”

Spirit acknowledged that an employee did incorrectly tell Aldecosea that her hamster could accompany her but vehemently denies one of its employees told her to kill the animal.

More: Artist and her emotional support peacock were denied entry on flight

More: Do’s (and don’ts) of flying with an emotional support animal

“After researching this incident, we can say confidently that at no point did any of our agents suggest this guest (or any other for that matter) should flush or otherwise injure an animal,” Dombrowski said. “It is incredibly disheartening to hear this guest reportedly decided to end her own pet’s life.”

The airline outlines its policy online, including that it does not allow snakes, other reptiles, rodents, ferrets or spiders.

PETA, People for the Ethical Treatment of Animals, said someone should be held accountable in the animal’s death.

“One phone call could have saved this animal, or some kind person at the airport could have helped,” said Daphna Nachminovitch, senior vice president of the animal rights organization. “Flushing a living being down a toilet is not only cruel but also illegal, and both the person who killed this animal and Spirit Airlines — if an employee did, in fact, advise the woman to drown the hamster — should be charged. This must have been a horrific, terrifying death.”

No one reported the incident at the time, Maryland Transportation Authority Police Lt. Kevin Ayd said, adding that media reports were the first authorities learned of it.

Goodman said this obviously wasn’t what Aldecosea wanted to do, but having adults tell her it was OK compounded the situation.

“This was a highly stressful situation and people react in a lot of different ways,” he said. “She’s only 21 years old, a kid still.”

He said she got a replacement hamster since the incident but is still upset.

“She’s distraught,” Goodman said. “Imagine anyone in that situation that has to make a choice like that. It was a horrible situation, and she’s still distraught.”

He said they are examining whether to file a lawsuit against the airline.

“A hamster is the most innocuous animal. It’s confined to a cage,” Goodman said. “No one would have probably even known it was there.”

Emotional-support animals — and what rights passengers have to bring them on planes — have been a nagging issue for airlines. In recent weeks, both Delta and United airlines revised their policies about such animals and adopted stricter rules and requirements.

United’s update coincided with an incident Jan. 28 when the carrier refused to accept a peacock named Dexter aboard a flight from Newark to Los Angeles. The peacock was rejected under the airline’s previous policy for health and safety reasons.

Kylie Jenner Is a Waxy Lady with a Baby, Fooling Hollywood Tourists

For US in Syria, End Game Gets Murkier as IS Shrinks 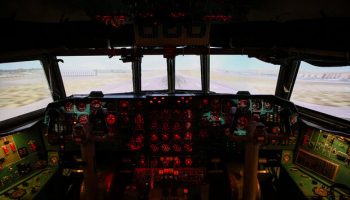 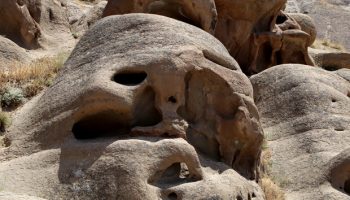 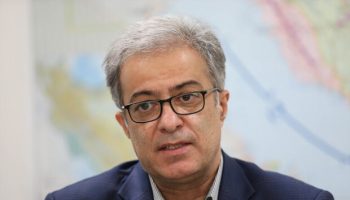 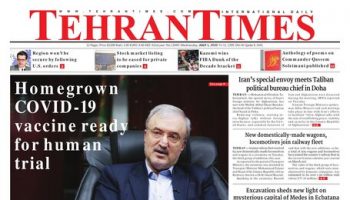 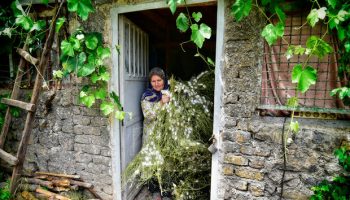