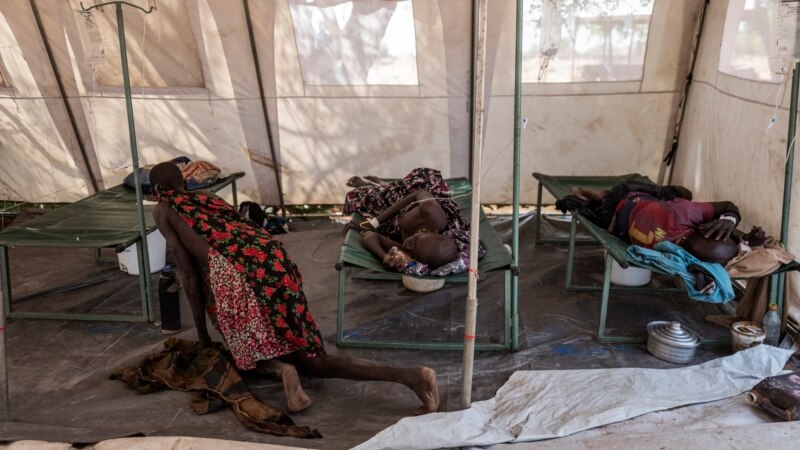 South Sudan has officially declared an end to the country’s cholera epidemic, which erupted more than 18 months ago, infecting more than 20,000 people and killing 436.

World Health Organization and health ministry officials announced the end of the outbreak at a news conference Wednesday in Juba.

The outbreak, the largest in the country’s history, began in mid-2016, just as a fresh wave of fighting ramped up in Juba.

South Sudan Health Minister Riek Gai Kok says the first case was reported in Al Sabah Children’s Hospital on June 18, 2016, “and it spread to over 26 counties across the country and it continued for a complete year.”

Not one cholera case has been reported in South Sudan for the past seven weeks, Kok said, but that does not mean people should become complacent.

“Instead, we should draw some lessons that might have been the root causes of the previous outbreaks,” Kok said.

The minister said the outbreak ended thanks to an effective response by the WHO, UNICEF, the United States Agency for International Development, the Global Alliance for Vaccines and Immunization, and other agencies who worked together to prevent further spread of the disease.

Evans Majani Liyosi, the WHO’s country representative in South Sudan, said the outbreak dragged on for 18 months because health workers were unprepared.

“Fighting was going on and everybody was hiding, this was in July 2016. It was very difficult for the patients to go to health facilities and for the health workers to be in the health facility. People were moving in any direction and those who were infected continued to move with this disease,” Liyosi said.

Many health workers working with non-governmental organizations were evacuated from conflict areas in 2016, exacerbating the cholera outbreak.

Liyosi said the WHO is working with the ministry of health to enact measures in order to prevent future outbreaks of cholera.

“Cholera is a disease that comes as a result of drinking contaminated water and poor sanitation, and these are issues that we have to put down. We are going to work with other partners and ensure that we are able to overcome,” Liyosi said.

WHO and health ministry officials are advising the public to drink only clean water, use boiled water or water treated with chlorine for other household uses, and to always wash both hands with soap after using the latrine or before handling food.

The public is also strongly advised not to defecate near any source of water.

Despite announcing the end to South Sudan’s outbreak, Health Minister Kok is still advising citizens to report all suspected cases of cholera to the national outbreak hotline, 1144.