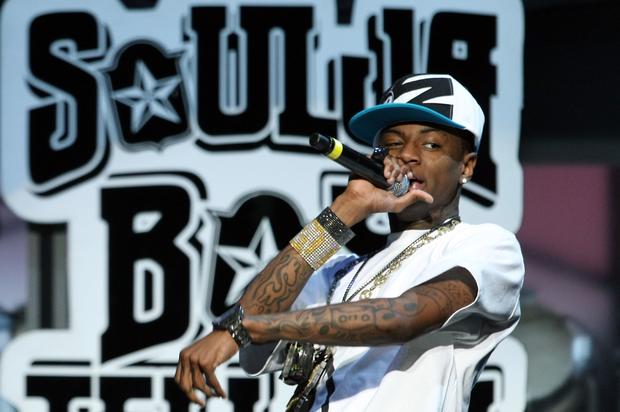 Soulja Boy recently launching into a rant on social media that earned him some trolling by both the public and his peers. Meanwhile, folks were also speculating about his health, accusing the rapper of being hooked on crack. This line of thought stemmed from his recent appearance that had social media users citing drugs as opposed to aging as the cause for his tired looking mug.

Soulja Man has since come through with an explanation. According to the entrepreneur, he was in a life-threatening car accident that caused his face to swell. “First of all, I wanna say for everybody that’s saying Soulja looks like he’s on drugs,” he said. “Soulja Boy look like he on crack, he on powder: B*TCH don’t play with me like that! I ain’t never did crack in my life, b*tch. I’m a millionaire, I’m worth mother f*cking $30 million n*gga. I never did cocaine in my life. Don’t play with me like that. I just was in a car accident two days ago, I almost lost my life. I hit my face on the dashboard, and my sh*t swole. I never did crack in my f*cking life. Y’all some p*ssies for saying that.”

UAE shrinks job categories for expats to 700 from 3k