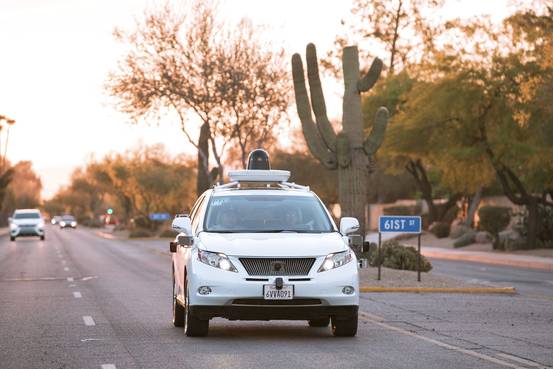 WASHINGTON—Legislation to remove regulatory obstacles to the development of self-driving vehicles is running into problems in the Senate, dimming prospects for the quick passage that many had expected.

The bill, known as AV Start, would set out a light-touch system of federal oversight of autonomous vehicles. Developers would be able to test and even market the vehicles long before detailed federal safety regulations are adopted—a process expected to take many years. The bill would also block states from adopting their own more stringent safety regulations.

The political problems are surprising, given the bill’s easy approval, on a voice vote, in the Senate Commerce Committee in October. The full House overwhelmingly passed a similar measure in September.

Autonomous vehicle developers and their allies in Congress say the legislation is necessary to head off a growing patchwork of state regulations that complicate the rollout of self-driving cars. Supporters of the federal bill also fear a lengthy delay in the federal bill could even give a boost to autonomous-vehicle development in other countries.

Already, the delay is providing a window of opportunity for critics of the legislation, who are stepping up efforts to block it. They contend new data from makers of self-driving cars in California underscores their concern that the bill jeopardizes consumer safety by giving autonomous-vehicle developers too much leeway.

At least three senators, all Democrats—Richard Blumenthal of Connecticut,

of Massachusetts—have placed holds on the Senate legislation, citing safety and other concerns. That means sponsors likely won’t be able to get the unanimous consent they would need for a quick floor vote, absent major changes to the legislation.

Companies supporting the legislation include

and Uber Technologies Inc. Industry officials say they remain confident they can overcome the short-term hurdles. They expect negotiations to begin soon on a plan to move the legislation to the floor, after weeks of member-to-member discussions.

“We strongly support the bill reported by the Senate [Commerce] Committee and are optimistic about its chances of passage by the full Senate,” said Paul Hemmersbaugh, GM’s chief counsel for autonomous vehicles. “It is not unexpected that a few senators would place a hold on a bill [and] the likelihood of any bill obtaining unanimous consent these days is remote. Our sense is that there is overwhelming bipartisan support for the bill in the Senate as a whole.”

The companies and their allies in Congress argue that concerns over safety could delay deployment of a technology that many actually expect to save lives in the long run.

The technology—and the legislation to move it forward—are “too important to fail,” Senate Commerce Committee Chairman

(R., S.D.), said in a statement Friday. He said he remains convinced that the bill will become law “even if it takes a debate on the Senate floor.”

Critics of the bill say it could expose motorists and pedestrians to unreasonable risks by effectively shielding the still-nascent technology from either federal or state safety regulations.

Consumer advocates believe the bill’s pre-emption provisions would knock out existing safety laws in states like California, which has already required testing of autonomous vehicles to include backup drivers. The federal legislation also would prevent states from adopting new safety standards, such as requiring an autonomous vehicle to pass a driver-safety test.

“Autonomous vehicles are still an emerging and unproven technology,” Mr. Blumenthal said in a statement. “Congress’s job is not to give auto makers a carte blanche but to foster innovation while making sure there are safeguards that ensure safety can’t take a back seat.”

Ms. Feinstein’s office declined to comment. But people familiar with her concerns say they are more far-reaching than her colleagues’.

The delays appeared to be encouraging a renewed push by some consumer groups to hold up the bill. California-based Consumer Watchdog sent a letter to senators on Friday calling on them to block the AV Start bill “unless it is amended to require enforceable safety standards.” It added that “any AV legislation should require a human driver behind a steering wheel capable of taking control.”

The letter cited recently released data from California that the group said shows that in most cases, “the vehicles cannot travel more than a few hundred miles without needing human intervention.” The data show how often the self-driving functions are disengaged because of an unexpected complication, such as sudden lane blockages or cars that are parked incorrectly.

Industry supporters of the legislation contend that the disengagement data are being misinterpreted, and show that the vehicles are being tested carefully. The disengagements don’t necessarily reflect safety issues, they say.