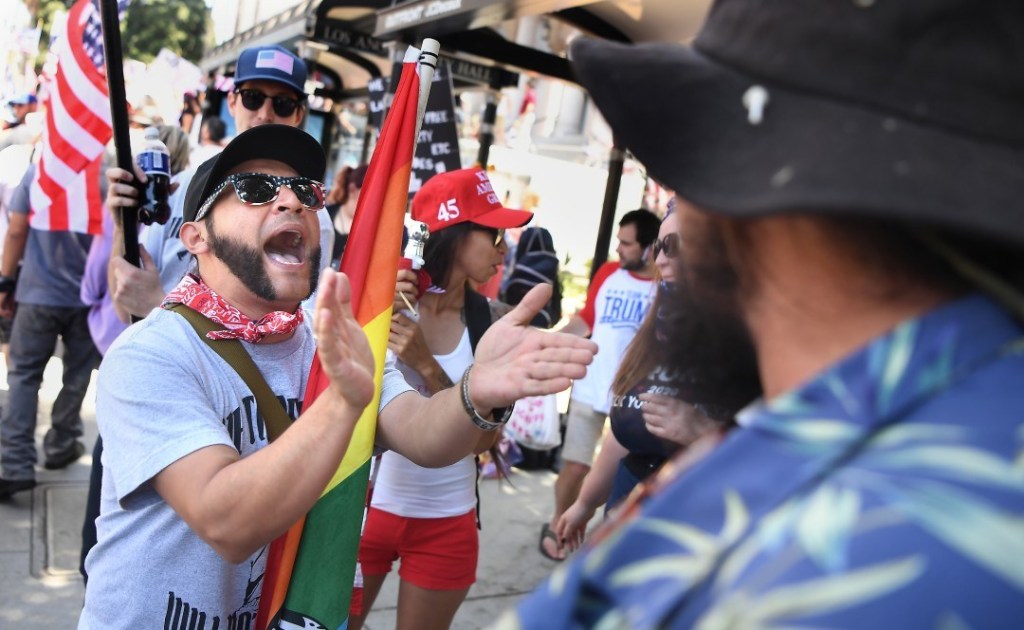 This satirical piece is based on a true story. Reprint from moronmajority.com

A Long Island, New York, TV reporter covering a Trump-supporting “reopen” rally in Commack was just trying to do his job. Then the angry protesters turned on him.

“Go home, you shouldn’t be here, you’re fake news” shouted one Trump supporter. Another gave the reporter “the finger” and told him, and his fake news, to go f**k himself.

“But I am here to cover your rally,” said the reporter to the man making the obscene gesture.

“No, you’re not, you’re here because you hate Trump,” said the protester.

“No sir, I’m here to make sure your voices are heard. I just want to get a few statements about your rally. That’s it,” said the reporter. “Would you like to tell me what you are protesting?”

“Nice try,” said the protester. “I’m not going to give you a statement that you can edit and make me look like a fool just to support your liberal agenda.”

“No, you have it wrong. We are broadcasting live so what you say is what people are hearing … right now,” said the reporter. “So, can you tell me about this demonstration?”

“Look you know the purpose of this demonstration. It’s about my God-given freedom,” said the protester. “Why don’t you and the rest of the lamestream media report on something much more important…  like Obamagate?”

“OK, you would like to talk about Obamagate. What is it?” asked the reporter.

“It’s only the worst crime ever committed, that’s all. Obama needs to be locked up,” said the protester.

“Sir, thank you, but I am not asking about your opinion of Obamagate.” said the reporter. “I just want to know what it is. What is the crime?”

“Look why don’t you just get out of here,” snapped the angry protester. “You know perfectly well what the crime is.”

Navajo Gaming Extends Closure of Casinos Until at Least June 7