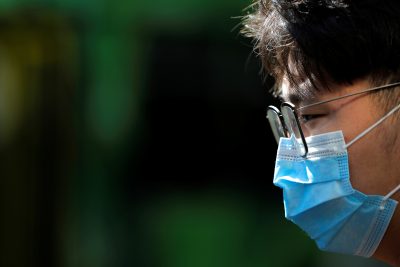 The novel coronavirus is spreading rapidly through China and remains a global threat to health. Over 75,000 people have contracted the virus and over 2000 have died. Models estimate hundreds of thousands of cases, with the actual number of fatalities likely also significantly higher. 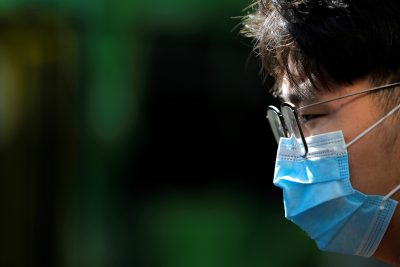 Australia closed its borders on 1 February, denying entry to all travellers who had been in or transited through China within 14 days of arrival in Australia ‘to ensure the health, safety and well-being of the Australian community’. Australian citizens, permanent residents and their immediate family members are exempt from the ban but still subject to heightened security measures. Australia has not implemented any additional border and biosecurity restrictions on imported cargo as there is minimal risk of disease transmission via cargo.

The merits of imposing a travel ban are debatable. But there is no legal ground for China to challenge the ban under World Trade Organization (WTO) rules or the China–Australia Free Trade Agreement (ChAFTA). Still, its economic and political implications may be significant.

The international trade regime primarily applies to goods and services but does not guarantee the free movement of persons. The WTO does not prohibit Australia from banning foreign travellers. But the WTO would become relevant if Australia restricted entry of goods from China. Several air couriers and shipping vessels are avoiding Chinese ports in fear of being denied entry elsewhere. If the virus is not quickly contained, countries may start prohibiting Chinese imports.

A blanket ban on Chinese goods would be inconsistent with Article XI of the General Agreement on Tariffs and Trade (GATT). But it would likely be deemed a justifiable departure from the rules prohibiting import restraints under the general exceptions clause contained in Article XX of the GATT as a measure ‘necessary to protect human, animal or plant life or health’. Or it may be justified under Article XXI as a measure ‘necessary for the protection of essential security interests’ taken in time of an ‘emergency in international relations’.

The WTO’s Sanitary and Phytosanitary (SPS) Agreement would also be relevant as it covers food safety, plant and animal health. Article 2 of the SPS Agreement grants members ‘the right to take sanitary and phytosanitary measures necessary for the protection of human, animal or plant life or health’. Such measures must only be applied to the extent necessary to protect human, animal or plant life or health based on scientific principles and sufficient scientific evidence. But with limited scientific evidence on the coronavirus, it may be difficult to fit a ban within the scope of Article 2 of the SPS Agreement. Australia could possibly, however, prevail under Article 5(7) of the SPS Agreement, which is the embodiment of the precautionary principle.

The ChAFTA would likewise not prohibit Australia’s border measures as it contains many of the same obligations and exceptions as the WTO. While the ChAFTA contains a chapter on the ‘Movement of Natural Persons’ outlining procedural obligations of the parties related to immigration formalities, there is nothing that guarantees immigration clearance. Article 10.1(3) makes clear that ‘nothing in this Agreement shall prevent a Party from applying measures to regulate the entry or temporary stay of natural persons of the other Party in its territory, including measures necessary to protect the integrity of its territory and to ensure the orderly movement of natural persons across its borders’.

There is little that China can do legally to force Australia to reconsider its policy and remove the travel ban. But China is unhappy with the measures and may take retaliatory action.

Trade with China will also be affected. With no incoming flights, goods normally transported in the cargo hold will not enter Australia. There may also be issues with sea transport as ships departing China on or after 1 February will not be allowed to enter port until 14 days have elapsed. Australian importers may experience issues and products may be delayed in reaching shelves. The lockdown of industrial China is also causing interruptions as factories are yet to resume full production following the Lunar New Year.

The larger economic impact may be felt in the services industry. China is the largest source of foreign visitors to Australia, with over 1.4 million arriving each year, spending over while in the country. The retail, hotel, and food and beverage sectors may suffer without Chinese tourists. Foreign students account for over 30 per cent of the student body in most universities. With over 150,000 Chinese students enrolled at Australian universities, approximately 11 per cent of the total student population, higher education is the most exposed sector.

With Chinese students prohibited from entering Australia to commence or continue their studies, there is a possibility that Chinese students will choose to study elsewhere in the future. The higher education sector’s is unsustainable and the travel ban may be the trigger that leads to its collapse.

As one of the first countries to implement travel restrictions, the Australian government took a bold step, especially given the risk of economic and political blowback. But numerous countries have now also restricted travel from China, which may soften the political blowback. So long as the measures are temporary, the economic ramifications will be limited. Should the virus not be contained within the month, the Australian economy will begin revealing the costs of the travel ban.

Bryan Mercurio is the Simon F.S. Li Professor at the Faculty of Law, the Chinese University of Hong Kong (CUHK). 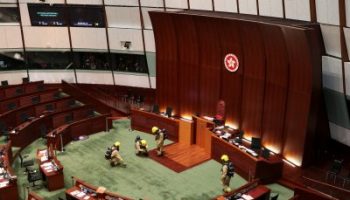 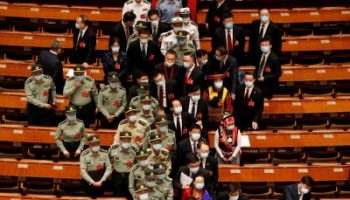 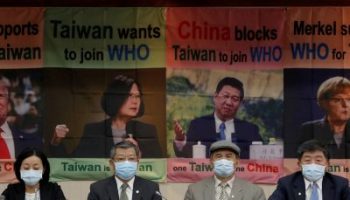 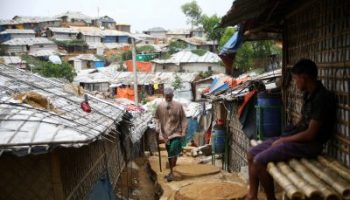 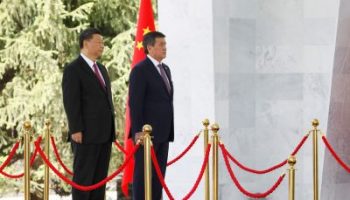