R. Kelly Claims He Isn’t Getting A Fair Trial Due To Anonymous Jury 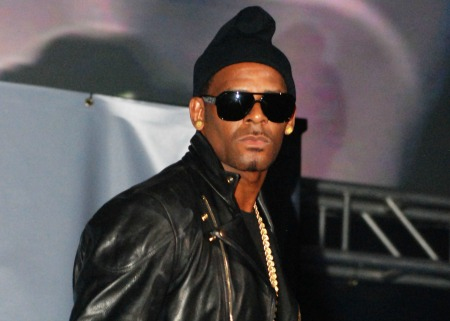 R. Kelly is still trying to work his way out of a possible prison sentence anyway he can. He says the court’s game of hide and go seek isn’t giving him a proper shot to build his defense.

As exclusively reported by Bossip, the “Step In The Name Of Love” singer is calling foul in his child pornography case. His legal defense team claims that the feds aren’t playing fair by keeping the identities of the juror panel anonymous. To hear the court tell it Robert has a long history of harassing individuals who have influence on his court decisions. Additionally it has long been rumored he paid off the family of the minor he was seen on tape having sexual relations with.

In response the Chicago native says that the court has failed to show any proof that he or his team has pestered any witnesses in his past trials. As per a letter submitted to the presiding judge by his attorney if the identities are not revealed he at least wants them disclosed to his defense team so they may be able to identify jurors who may have any bias against the crooner. The judge has yet to make a decision on the motion.

QuickStart Partners with Top Universities to Offer Job Focused IT…

Fox News host speculates Trump ‘won’t leave the White House’ if he loses: ‘Is he setting up something?’