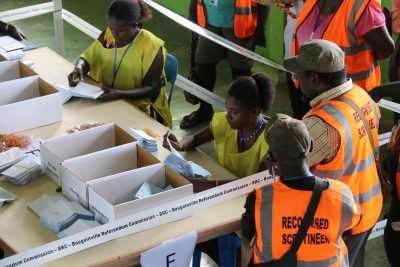 The 2019 Bougainville referendum result is a clear and unambiguous statement: 97.7 per cent of Bougainvilleans see their political future as independent from Papua New Guinea (PNG). The Peace Agreement that has guided the process to this point sets out consultations between the two governments as the next step in responding to the referendum outcome.

Ahead of the consultations set to begin in early March, Bougainville has launched into resolving the critical question of who will lead the autonomous region as it maps its independent future.

Elections for Bougainville’s President and its House of Representatives are due to occur by the middle of the year. The vote for President is important because whoever ends up leading Bougainville will shape the coming conversation and the speed at which it proceeds.

The incumbent Bougainville President John Momis has already reached his constitutional term limit. But there had been a last-minute push for a constitutional amendment to allow him to contest the election and potentially guide the coming negotiations over Bougainville’s independence.

The push for constitutional change had its supporters as Momis is one of Bougainville’s original independence leaders and a key figure in the original drafting of PNG’s constitution. Having him directly lead the independence negotiations would have placed Bougainville in safe and experienced hands. But critics said it was time for the former Catholic priest to step away and let a new generation of leaders take Bougainville forward. Late last week, the proposal was voted down by Bougainville’s House of Representatives, meaning there now appears to be no path for Momis to contest the election.

There are also critical questions around how the disentanglement from PNG will be carried out and what relationship a newly independent Bougainville will have with Port Moresby.

On the PNG side there are difficult questions to consider as well. The concept of an independent Bougainville has been in plain sight for five decades, since even before PNG became a nation independent of Australia in 1975. But for an issue that has been such a big part of the PNG’s political environment for so many years, there is surprisingly little debate about how separation is going to happen and what the nation will look like in the aftermath.

The PNG government has two key tasks in preparing for the consultations. The first is to accept the result and act on it. PNG Prime Minister James Marape struck a conciliatory tone after receiving the referendum result. But Marape’s comments since have suggested that Bougainville’s vote for independence could be interpreted as being merely economic rather than political. This idea is unlikely to have much support in Bougainville.

The referendum’s overwhelming result confirms that whatever constituency may have existed in the past for Bougainville to remain a part of PNG no longer exists. There is no credible argument now for PNG to stand in the way of independence.

There are tricky questions to come, such as: where borders will be drawn, security and immigration management, transport, banking, financial and legal processes. There are many issues to be worked through but they are practical issues that can be resolved through a commitment to negotiations.

The more fundamental challenge for PNG is to digest and respond to the result, keeping in mind its own domestic political impact. The referendum result has undermined the case for national government. Former PNG prime minister Sir Julius Chan, now the Governor of PNG’s New Ireland province, has already flagged that Bougainville’s exit could prompt other provinces to consider breaking away.

And who can blame them? Basic service delivery in health, education and policing are failing. Citizens see little point in being part of a system that is increasingly invisible in their lives.

Some provinces are already working to get on with things separately from Port Moresby. East Sepik is perhaps the most prominent example. The recent declaration of its own quarantine response to the novel coronavirus outbreak shows that local officials feel empowered to act when the national government is absent.

Provincial autonomy has been a broader issue in PNG politics over the past few years. James Marape’s predecessor Peter O’Neill had been laying the groundwork for a bigger role for provincial governments through promises of autonomy, but there is little sign of it being realised since O’Neill resigned.

To bolster PNG’s national integrity in the aftermath of the Bougainville vote, it is necessary to have a robust and realistic conversation about priorities, resources and the reality of what PNG’s government can and should do.

Outside powers who have been part of the Bougainville peace process, like Australia and New Zealand, now have an opportunity to contribute to both sides of this discussion. In Bougainville, outside powers can have a more open and direct relationship and start to articulate their connections to Bougainville as distinct from their work in PNG. In PNG, they can be part of the necessary conversation about the role of government and the critical role reform must play in ensuring the country’s future success.

Shane McLeod is a Research Fellow of the Australia–Papua New Guinea Network at the Lowy Institute.

Bangkok has 100,000 empty flats and coronavirus will make oversupply even worse

Biden Could Be Hurt By Generational Divide In Black Vote 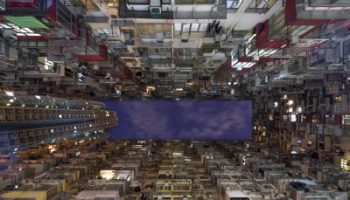 Is housing doomed to fail in super compact Hong Kong? 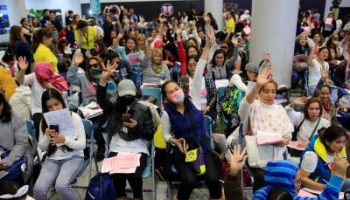 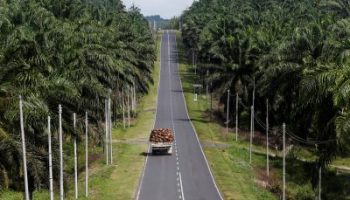 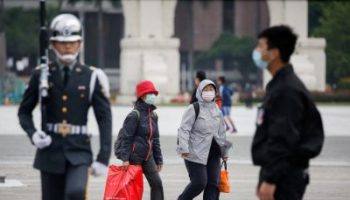 Malaysia–China relations in the time of COVID-19