Re: Supporting Newcastle United is not all black and white when it comes to human rights

A woman was killed and 12 other people were injured after a man carried out a knife attack at a mall in a busy shopping centre in the Chinese capital, Beijing, police said on Sunday.

Beijing police said in a short statement they had detained a man over the early afternoon attack at the Joy City Mall in the city’s Xidan district.

Three men and 10 women were sent to hospital after the attack and one woman died of her injuries, the statement said. The others were all expected to recover.

Police said they acted quickly in handling the incident and identified the detained man as a 35-year-old surnamed Zhu from the central province of Henan. The man had already confessed to carrying out the attack to “express his discontent”, they said, but did not elaborate.

A Beijing radio showed pictures on its WeChat account of blood spattered on the floor in part of the mall and at least one injured person being taken from the scene.

Violent crime is rare in China compared with many other countries, especially in major cities where security is tight, but there has been a series of knife and axe attacks in recent years, many targeting children. 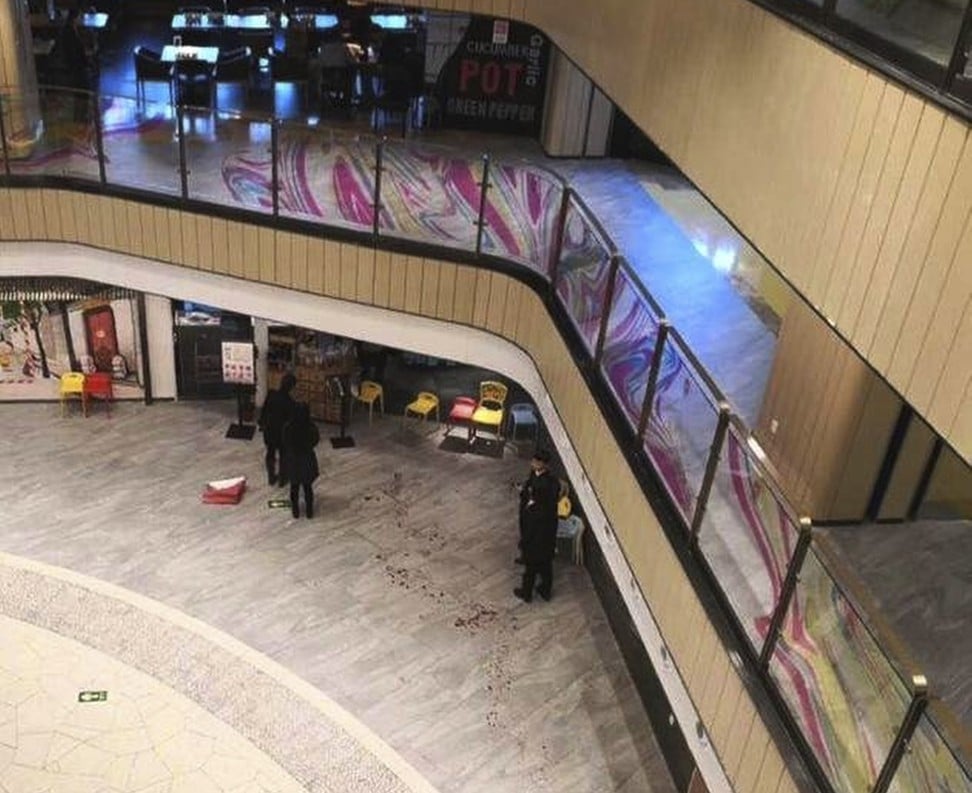 In 2015, police arrested a sword-wielding man who killed a Chinese woman and injured a Frenchman in Beijing’s fashionable Sanlitun shopping and entertainment district.

Such attacks are often blamed on people with mental illness or who have personal grievances. Knives are most commonly used because gun controls are extremely strict in China.

However, the government has also blamed some knife attacks on militants from the violence-prone far western region of Xinjiang, where Beijing says it faces an Islamist insurgency, adding to China’s nervousness about such incidents.

In 2104, 31 people were killed during a knife attack at a railway station in Kunming, capital of southwestern China’s Yunnan province, that the government said was the work of Xinjiang militants. Police shot dead four of the attackers.

Calling out a 'silent killer'

Editorial: Women 'lean in' to politics

Smart hotel of the future: Transforming guest experience in the Middle East

The maximum city Mumbai is unique and unlike any other metropolis in India. The manner in which people of different strata of society have no
read more
INDIAN (T)

Kalanick insisted that Uber was not working on flying cars, but he said Page was mad that Uber was hiring Google employees and taking its
read more
TECHNOLOGY

Is Your Smart TV Vulnerable to Hackers?

So, you took advantage of all those Christmas sales and got yourself a new smart TV. And now you're lounging about on your sofa, streaming
read more
HEALTH

Here are eight early warning signs of a heart attack