Has the PS4 peaked? Annual console sales are flat for 2017

After the relative disappointment of the PlayStation 3, the PS4 has been an unquestioned sales success for Sony. The system has raced to sell an impressive 76 million units worldwide through the end of 2017, and it maintains a dominant position over the Xbox One in the high-end console sales race (though Microsoft claims not to care very much about that relative positioning).

It seems likely that Sony’s annual shipments for the PS4 will never climb higher than that number based on historical analysis. Looking back over the sales trajectories for the last three PlayStation systems, annual sales tend to peak after the system’s third or fourth full calendar year on the market (not counting the partial launch year; varied launch dates throughout the year make precise day-and-date-aligned comparisons a bit tricky). With the end of 2017, the PS4 has reached the end of its fourth full year on the market, and the console seems set to begin its long decline in annual sales (Fig. 1).

That’s not to say the PS4 is going away anytime soon. The system will likely drop off from its sales peak slowly over the next few years before hitting a market near-saturation point where relative annual sales fall more precipitously (Fig. 2). PS4 software sales will likely continue to increase as the base of players with systems in the home continues to grow, too.

Generationally speaking, though, we’ve probably hit the functional midpoint of the PS4’s sales cycle if history is any guide.

What sales may come

Of course, things might be different this time around. The late 2016 launch of the PS4 Pro could fundamentally shift the market, giving the PS4 family longer legs and a higher peak than previous generations. A surprise killer app could push PS4 sales to unexpected new heights in the coming year, too, as games like Nintendogs and Pokemon have done for Nintendo portables.

More likely, however, the PS4’s sales peak starts the long countdown to the PlayStation 5, which history suggests should restart the cycle of console boom and bust in the next three or four years (that’s assuming that Sony doesn’t keep the current generation limping along with some sort of PS4 SuperPro, of course). How soon Sony decides to pull the trigger on that hardware refresh depends a lot on how quickly the PS4’s sales pace drops from here on out.

If the PS4 has peaked, it does so at a slightly lower annual sales level than either the PS1 or PS2 (though that’s after the PS4 sold much faster than either out of the gate). Direct comparisons of total units sold can be a bit tricky in retrospect—both the PS1 and PS2 faced less serious competition from other console makers, but the total size of the console gaming population was also smaller during their heyday.

Thus far, however, the PS4 is slightly outselling both the PS1 and PS2 at roughly the same point in their lifetimes (Fig. 3). Whether Sony’s latest console goes on to become its best selling ever depends on just how quickly sales drop from what is likely a current annual peak. In any case, the PS4 is already on the verge of outpacing the PS3’s lifetime sales,with plenty of good years left on the clock.

(Note: Late-term PS3 sales in the above charts are estimated from spotty quarterly sales data released by Sony late in the system’s life.)

Tragic faces of the deadly US flu outbreak

US dollar ends higher against rupee

Mumbai, Feb 2 (PTI) The US dollar ended higher against the rupee at Rs 64.06/07 per dollar but the pound sterling finished lower at Rs
read more
MIDDLE EASTERN (T)

Appeal Court to give landmark verdict on Lauri Love extradition

The Court of Appeal will announce on Monday whether 33-year-old engineering student Lauri Love should be extradited to the US to face hacking charges, in
read more
BUSINESS

Tesla Semi Customers Will Build Their Own Charging Stations

Baker Mayfield: I'd 'Absolutely' Play for Browns, Here's Why

Good news, Browns — not every top QB in the draft is scared of becoming the face of your franchise … and that includes Baker Mayfield!

We got Baker at EA Sports’ pre-Super Bowl party in Minny … and the Heisman winner told us why he’d “absolutely” welcome an opportunity to do better than Johnny Manziel.

FYI, there have been rumors the top 2 QBs on the board, Josh Rosen and Sam Darnold, both ain’t down with the Browns.

Speaking of Josh and Sam, Baker says he’s every bit as good as those guys … and (BONUS) told us something that makes us think things are getting serious with his hot new GF, Emily Wilkinson. 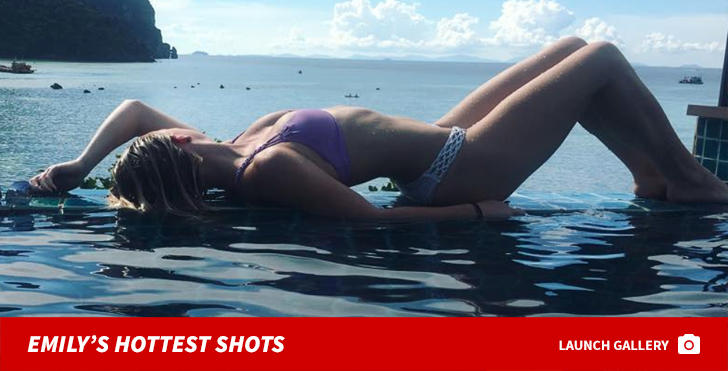 WASHINGTON (Reuters) - U.S. President Donald Trump attacked the integrity of the FBI and Justice Department on Friday in an extraordinary showdown over the White
read more
AFRICAN AMERICAN (T)