US President Donald Trump has indicated he means to follow through on one of his boldest election campaign promises: getting tough with China on trade.

The past two months have seen the president back up his election rhetoric with action. His administration has targeted China in major policy announcements on US national security strategy, defence strategy and China’s record of compliance with World Trade Organisation rules.

Scott Kennedy, a China specialist at the Centre of Strategic and International Studies in Washington, said Trump clearly plans to adopt unilateral measures that will substantially affect Sino-US trade and investment ties.

“Trump is not bluffing,” Kennedy said. “The question is no longer ‘if’, but ‘when’”.

A spokesman for the president’s National Security Council seemed to back up that view.

The spokesman, who talked to the South China Morning Post on condition of anonymity, said that on Sino-US trade, “you can expect that the president will insist on fair and reciprocal trade” in his state-of-the-union speech.

“The president has reiterated that the United States will use all available trade remedies to create a level playing field for United States workers and businesses,” the spokesman told the Post early last week, dismissing the idea of imminent announcement on new trade actions against China.

“We have nothing to announce at this time,” he said.

A week ago, Trump told Reuters that he would discuss the US’s trade imbalance with China and announce action on trade during the state-of-the-union address, an annual presentation by the US president to Congress primarily on his domestic policy priorities.

In the interview with Reuters, Trump said the US could soon impose a potential big “fine” over China’s alleged intellectual property theft.

“We have a very big intellectual property potential fine going, which is going to come out soon,” Trump was quoted as saying, without specifying what he meant by a “fine”.

One, under Section 301 of the US Trade Act of 1974, targets alleged Chinese theft of intellectual property. A “Section 232” investigation focuses on security in connection with steel and aluminium imports. A third, government-initiated examination is looking into allegations that China has dumped alloy aluminium sheets, aided by what the administration calls an unfair use of subsidies. State-of-the-union addresses seldom get specific on foreign policy issues, according to Douglas Paal, vice-president for studies at the Carnegie Endowment for International Peace. “They are about domestic issues for a domestic audience primarily.”

White House spokeswoman Sarah Huckabee Sanders seemed to offer few clues about the substance of Trump’s address when she said on Monday its theme would be “building a safe, strong and proud America”.

But an anonymous senior US official in a briefing with reporters on Friday acknowledged Trump would talk about trade – as well as jobs, infrastructure, immigration and national security.

In an initial national security strategy statement in December, Trump said the US is engaged in “a new era of competition” with “competitors such as China”.

The president accused China of attempting to “erode” US security interests, “steal” US intellectual property and make economies “less free and fair”.

Trump was quoted in the document as saying: “Our adversaries will not fight us on our terms,” although the “adversaries” were not identified.

“We will raise our competitive game to meet that challenge, to protect American interests, and to advance our values,” the nation’s chief executive said. 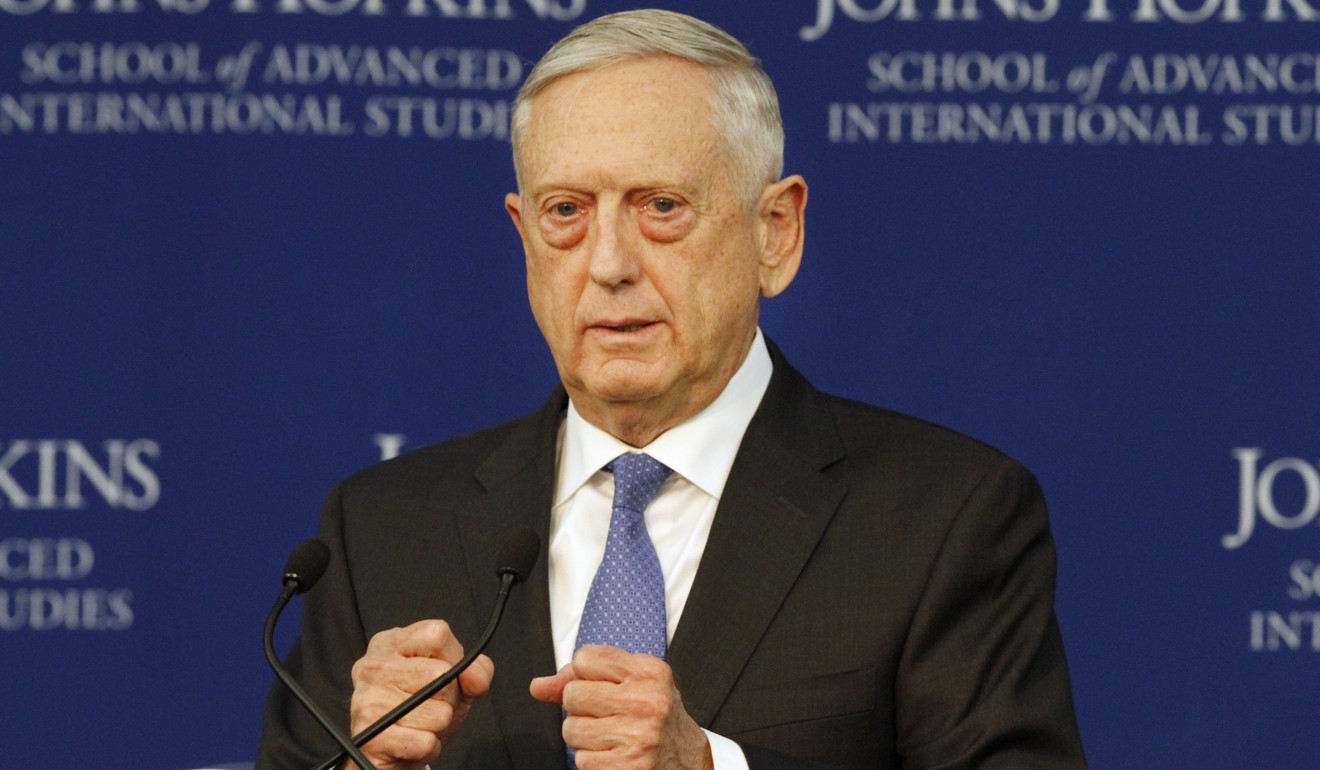 China’s embassy in Washington reacted to Trump’s accusation scornfully, saying in a statement that the US’s “preaching rivalry and confrontation goes against the global trend, and will lead to failure”.

“It is completely selfish for a country to claim that its own interests are superior to the interests of other countries and to the shared interests of the international community,” the statement said. “This mentality will only lead to isolation.”

US Defence Secretary James Mattis, using Trump’s national security statements as a springboard, labelled China as a “strategic competitor” and “central challenge” to the US in a speech on America’s defence strategy in Washington.

Mattis warned that China was “leveraging military modernisation, influence operations, and predatory economics to coerce neighbouring countries to reorder the Indo-Pacific region to their advantage”. 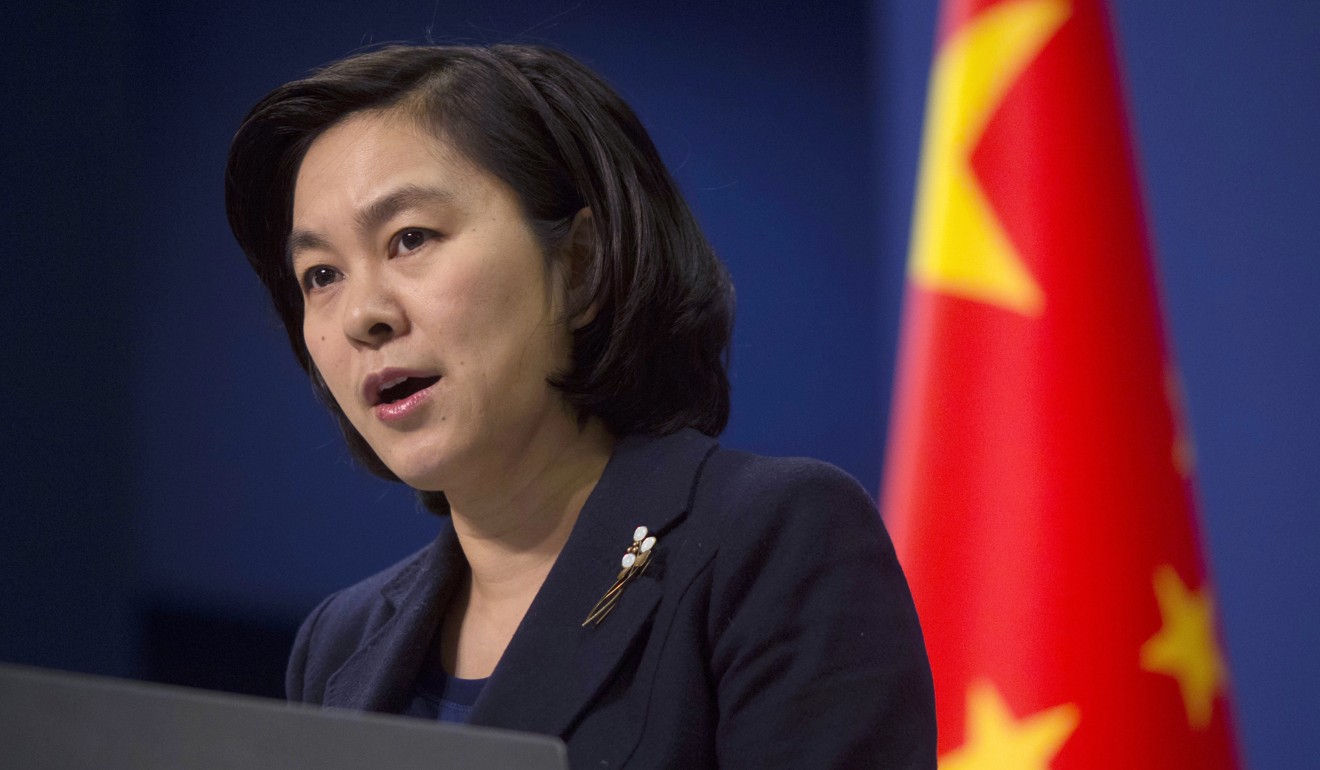 Chinese National Defence Ministry spokesman Ren Guoqiang was quoted in the report that the US was full of unreal assertions of “zero-sum” games and confrontations.

On the same day, the US Trade Representative’s Office said in its annual report to Congress that the US made a mistake when it supported China’s membership of the WTO in 2001 because the agreed-upon terms have failed to force Beijing to open its economy.

What are the trade cards Donald Trump could play against China?

“It seems clear that the United States erred in supporting China’s entry into the WTO on terms that have proven to be ineffective in securing China’s embrace of an open, market-oriented trade regime,” the report said. “It is now clear that the WTO rules are not sufficient to constrain China’s market-distorting behaviour.”

China fought back on Monday, saying that the US, not China, threatens the global trade system.

Foreign Ministry spokeswoman Hua Chunying told a regular news briefing in Beijing: “I think everyone has seen that it’s precisely the United States’ unilateralist methods, and the sounds it’s made on unilateralism, that are an unprecedented challenge to the multilateral trade system.”

FBI's No. 2 official McCabe, blasted by Trump, steps down

WASHINGTON (Reuters) - FBI Deputy Director Andrew McCabe, criticized by President Donald Trump and other Republicans for alleged bias against him and in favor of
read more
AFRICAN AMERICAN (T)

US ends ban on refugees from 11 countries

With your existing account from...{* loginWidget *}With a traditional account...{* #signInForm *} {* signInEmailAddress *} {* currentPassword *}{* /signInForm *}Welcome back, {* welcomeName *}{* loginWidget
read more
ASIAN (B)

Why Are American Health Care Costs So High?

In which John discusses the complicated reasons why the United States spends so much more on health care than any other country in the world, and along the way reveals some surprising information,….

NEW DELHI: Police have busted a pan-India fake degree racket operating through a city "education society", with regional offices and over 40 agents in other
read more
AFRICAN AMERICAN (E)