Former opposition lawmaker Edward Yiu Chung-yim was given a last-minute green light on Monday to run in the coming legislative by-election, preventing a further escalation of the political row gripping Hong Kong over the disqualification of another candidate.

Barely an hour before the nomination period ended in the afternoon, Yiu was informed by a returning officer from the Electoral Affairs Commission that he would be allowed to run for a seat in the Kowloon West constituency on March 11.

The pro-democracy politician was in danger of being barred from the race, having been stripped of his Legislative Council seat just six months ago, but political commentators said he had dodged a bullet with the government deciding to limit the fallout from the disqualification of activist Agnes Chow Ting on Saturday. 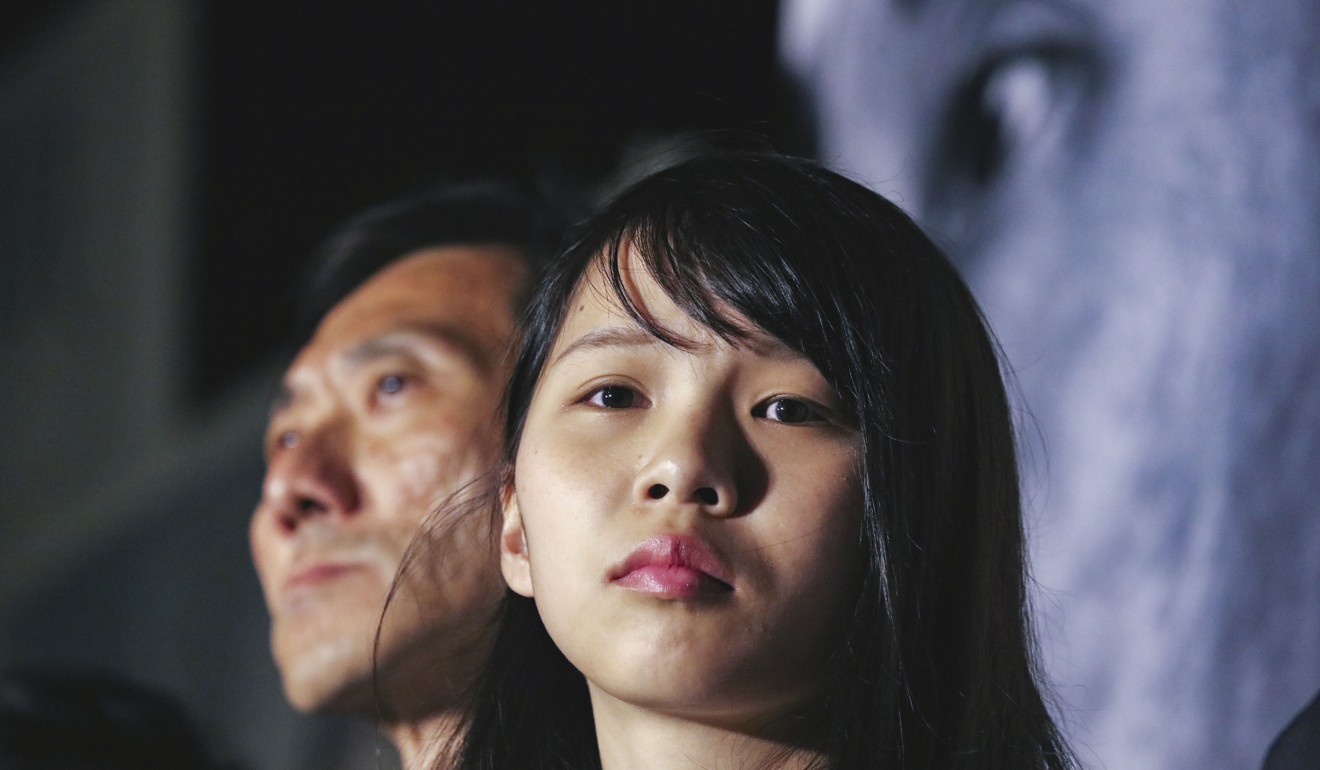 Chow, 21, was banned from contesting a Hong Kong Island seat on the grounds that her party, Demosisto, had called for “self-determination” for the city, rendering her ineligible under restrictions to curb independence advocacy.

“The government has no reasonable grounds to bar me from running. This is a very normal, legal and reasonable result,” Yiu said. “This is nothing worth celebrating … I seriously condemn the government’s acts of undermining the core values of the city.”

Yiu, who is seen as having a strong chance of being elected in March, stressed that the government had no right to vet a candidate’s political stance and deprive Chow of her right to stand for election. The pan-democratic camp might take legal action to challenge the disqualification and lodge a complaint at the United Nations, he added.

Secretary for Justice Teresa Cheng Yeuk-wah, in a special Legco meeting, revealed that she had been personally involved in the legal advice her department gave to the returning officer concerned. But she refused to give details.

“Whether the nomination of a candidate is valid or not, it is a decision made by the returning officer,” Cheng said. “It is not my decision, nor is it the chief executive’s.”

The returning officer, Anne Teng, has cited Beijing’s interpretation of the mini-constitution that made improper oath-taking punishable by disqualification as a justification for banning Chow.

Asked to explain, Cheng cited the ruling by Beijing’s top legislative body in 2016 that to uphold the Basic Law and bear allegiance to the Hong Kong Special Administrative Region “are not only the legal content which must be included in the oath prescribed by the Article [104], but also the legal requirements and pre-conditions for standing for election in respect of or taking up public office”.

The controversial interpretation by the National People’s Congress Standing Committee led to six pro-democracy lawmakers, including Yiu, being disqualified for failing to take their oaths of office properly.

There had been intense speculation that Yiu’s comeback bid could be foiled by the government on the basis of Beijing’s ruling being applied to the entire term of the current legislature that he was removed from.

Yiu was contacted on Friday by a returning officer who posed four questions to him, including whether he would sincerely uphold the city’s mini-constitution and if he accepted Beijing’s ruling on oath-taking. Yiu answered yes to both questions but asked how they were relevant to the consideration of his candidacy.

Chinese University political scientist Ivan Choy Chi-keung and Lau Siu-kai, vice-chairman of a semi-official think tank based in Beijing, both saw Yiu as having a narrow escape as the government did not want to escalate the backlash.

“As the legal grounds for disqualifying Yiu are not sufficient, the government may lose in future judicial reviews and undermine its authority [if it bans Yiu from running],” Lau said, adding that the candidate did not appear to be pro-independence and was therefore not Beijing’s major target.

World-renowned democracy scholar Professor Larry Diamond, a senior fellow from the Hoover Institution at Stanford University in the US, described Chow’s disqualification as “outrageous”, warning that it symbolised “another step towards the evisceration” of the city’s high degree of autonomy under the one country, two systems policy.

While Demosisto was seeking legal advice on whether to appeal against the banning of their main candidate, a former civil servant with a reputation for challenging the government in court over various issues has applied for a fresh judicial review of Chow’s disqualification.

The by-election will fill the seats vacated by four of the six disqualified opposition lawmakers – Yiu, Nathan Law Kwun-chung, Sixtus Baggio Leung Chung-hang and Yau Wai-ching. The remaining two, Lau Siu-lai and “Long Hair” Leung Kwok-hung, are appealing their cases, and no date has yet been set for by-elections to fill their seats.

Yiu was endorsed as the pan-democratic camp’s favoured candidate after winning its recent primary, in which 26,000 Hongkongers voted.