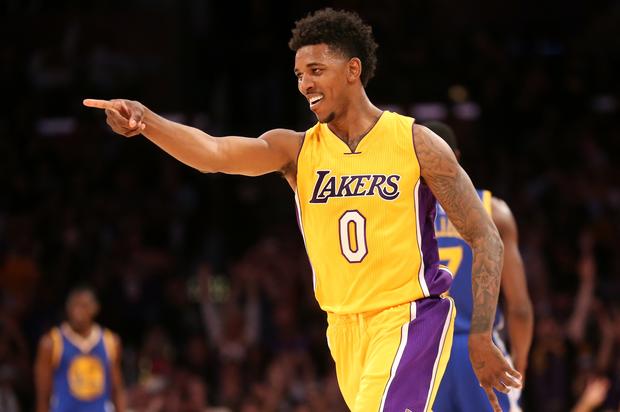 Bow Wow’s passionate relationship with Kiyomi Leslie appears to have taken a violent turn since the pair were arrested after a physical altercation. Since police could not confirm which party instigated the fight, both entertainers were taken into custody for “battery and assault.” Since then, Bow Wow’s camp has pointed to Kiyomi as the source of the issue.

An online discussion about the incident has been ongoing since the arrests. Yesterday, Nick young decided to offer his take. The ball player tweeted out a piece of his mind, calling Bow Wow’s predicament “not cool.” Young pointed out how the public would have torn the rapper to shreds in all righteousness “if he hit her.” He also seemed to imply that he would have been the only one arrested in that context.

Why aren’t people concerned for his well-being the same way they would be if he were a woman? Since the markings on his face pointed to Kiyomi’s being violent, many have taken the situation lightly. Some parts of the discussion were even humorous, in complete contrast to how people usually react to situations involving female victims.

This concept of “toxic masculinity” comes into play when a mockery is made out of a man who was clearly on the receiving end of physical abuse, whether or not he threw his own punches. Though the term is often used to indicate justification for aggressive behaviors in men, it also includes other expectations proposed by the stereotype of machismo. Since Shad Moss is a man, he is expected to know how to protect himself, especially when dealing with a woman. If he fails to restrain a female opponent carefully, he would be judged. If he hits her, he would be judged as well. It really ain’t funny.

Venezuela: Maduro warns White House will be 'stained with blood' if Trump invades