Masego Hints At Collab With Smino And Denzel Curry 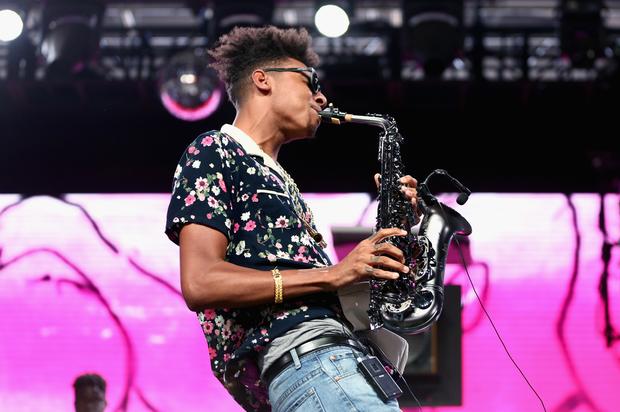 In a simple tweet, the TrapHouse Jazz originator, Masego, took to the Internet to reveal what may very well be a pending record featuring himself, Smino and Denzel Curry.

It was when a fan uploaded an old clip of Masego andSmino on Instagram Live together some time ago that Uncle Sego was prompted to add, “and this was the beginning of the @smino x Masego x @denzelcurry record.”

In the video in question, Smino is seen waking Masego up from a bit of slumber at the hotel where they are staying, Smino taunts Sego for a bit before instructing him to come to join him and a host of others in his suite. “Everybody in my room […] Denzel in there, too,” he says.

Naturally, such a collaboration would be one highly-anticipated joint. All three artists have established themselves as prime voices for listeners beyond mainstream channels and they each boast a unique and perfected sound that, when combined, could very well prove to give us the track we didn’t know we needed. Other than that, Masego doesn’t reveal much else, leaving up the possiblities to our own imaginations. The new track would follow up on a pretty solid year for all three men, who all dropped off individual projects in 2018 with Masego’s Lady Lady, Smino’s NOIR, and Curry’s Clout Cobain.