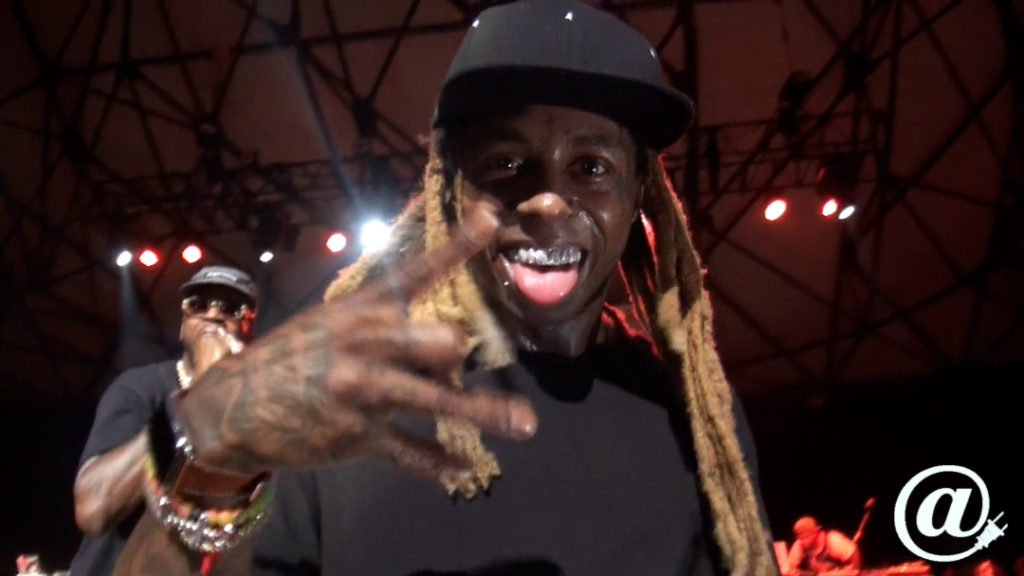 Count Lil Wayne among those individuals who are down with Donald Trump‘s Platinum Plan.

The New Orleans rapper shared a photo of a meeting with Trump on Thursday (October 29) and revealed more than a few things that had fans scratching their heads — and wondering if Wayne had lost all of his real dreads.

“Just had a great meeting with @realdonaldtrump @potus,” Wayne wrote. “besides what he’s done so far with criminal reform, the platinum plan is going to give the community real ownership. He listened to what we had to say today and assured he will and can get it done.”

Just had a great meeting with @realdonaldtrump @potus besides what he’s done so far with criminal reform, the platinum plan is going to give the community real ownership. He listened to what we had to say today and assured he will and can get it done.

There is no idea about who else met with Wayne and Trump on Thursday but fans couldn’t understand why exactly Wayne would meet with Trump, especially considering his prior comments regarding Black Lives Matter or race relations or even the time he was saved by a police officer after he shot himself at age 12.

“My life was saved when I was young. I was 12 or something, I think,” he said during an episode of Young Money Radio on Apple Music. “Shot myself. I was saved by a white cop, Uncle Bob. So you have to understand … you have to understand the way I view police, period. I was saved by a white cop. There was a bunch of black cops jumped over me when they saw me at that door, laying on the floor with that hole in my chest. He refused to. He said, ‘I found this baby on this floor. I need to get to a hospital.’ He didn’t wait for an ambulance. He took his car. He made somebody drive it, and he made sure that I lived.”

He added, “I’m from New Orleans, 17th and High Grove. We have a thing called Jump Out Boys, uptown New Orleans. That’s the police. They pull up on you, they already got their door cracked. It look like, you ever seen a clown car — when a clown pull up in a small car and 30 of them get out the car, like 30 clowns. That’s how it be, like one small police car pull up, but they got both doors cracked on both sides. Bop, soon as they stop, bop, they jump out. So many of them jump out, and they ain’t coming running up to you to ask you what’s your name and how you doing and how’s your day. No, they not coming around after you for that.”