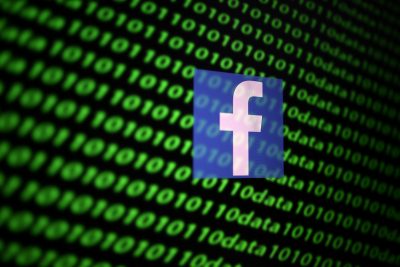 There is a growing sense that hybrid warfare is here to stay. This realisation carries significant security implications in the Asia Pacific for any attempts to orientate towards greater regional integration, and it is at the ideological level where hybrid warfare’s assault on regionalism and by extension ASEAN is most lethal.

Hybrid warfare can broadly be defined as any orchestrated campaign by an actor employing a combination of military and non-military means to achieve its political objectives. The hybrid actor selects from a menu of tools, such as cyber warfare, information warfare and economic coercion, to concoct an approach that is specific to the target’s vulnerabilities. While none of the individual components are in themselves new, hybrid warfare uniquely blends all of these tools together into a single concerted strategy that is more effective than the sum of its parts, especially with the increasing sophistication of technology.

The application of hybrid warfare further emphasises the use of covert operations. Because of this, hybrid warfare for the most part operates under a veil of ambiguity, increasing the propensity for interstate disputes to be resolved unilaterally using clandestine means, heightening security tensions.

Such a scenario could potentially challenge the constructivist ideals that have accompanied ASEAN’s development as a regional community. Like any form of regionalisation, ASEAN is an ideological construct and the geographical space it occupies comprises an eclectic range of communities that are far from homogeneous. The advent of hybrid warfare threatens to test ASEAN’s achievements in fostering regional solidarity and the very principles that currently bind the region together.

The challenges are both external and internal. Externally, great powers like China or the United States have the tools to employ hybrid warfare in the region to achieve strategic goals. While hybrid warfare is largely perceived to operate at an interstate level, it could potentially be applied against a regional body such as ASEAN. The proactive application of hybrid warfare against ASEAN would assume the qualities of a preventive war, designed to undermine its ideological foundations in order to remove or weaken a potential obstacle.

China for example has been accused of employing grey zone tactics to further its interests in disputed waters within the East and South China seas. Such tactics operate below the threshold of war and are intended by their ambiguous nature to prevent the target nation or the international community from taking decisive action.

ASEAN is innately reluctant to employ force and would find it difficult to mobilise decisively in the face of such a threat. Strategic fostering of economic ties — like that between China and Cambodia — further exploits ASEAN’s reliance on consensus-based diplomacy and has allowed bilateral relations to be leveraged to compromise regional solidarity.

The real possibility of subversion via the cyber domain is illustrated by the increasing volume of cyber-attacks against Singapore since 1 October 2018. Although these attacks seem mostly insignificant, the 2017 cyber breach of the network system of Singapore’s Defence Ministry was described in Parliament as being ‘consistent with a covert attack’ and was attributed to an unidentified foreign state actor, highlighting the potential threat posed. This and other similar attacks could ostensibly carry the same coercive undertones that underscored the 2016 detaining of nine Singapore Armed Forces Terrex Infantry Carrier Vehicles in Hong Kong.

The hybrid warfare framework allows for a potential combination of disruptive techniques that magnifies their impact. Such an approach is limited only by the creativity of the hybrid actor.

Within ASEAN, it is the atrophy of regional norms engendered by hybrid warfare’s ascendance that poses the most insidious threat. Because hybrid warfare theoretically promises high yield for minimal risk, it creates the ideal conditions for opportunistic behaviour. Nothing precludes players from employing hybrid strategies even against fellow ASEAN members. The perceived safety afforded by the cover of relative anonymity could potentially lead to the application of hybrid approaches in intra-ASEAN disputes, exacerbating old fractures.

The 2018–19 maritime dispute between Singapore and Malaysia shows that local differences have not yet been fully overcome. The low barriers to applying hybrid warfare tactics is, in figurative terms, like putting a loaded gun between two parties engaged in the midst of a heated argument. The allure of hybrid warfare favours a calibration towards self-help options that undermines regional cooperation.

Hybrid warfare poses both an external and internal threat towards the continued existence of ASEAN as an autonomous regional actor of significance. It necessitates more than ever a collective response and more proactive measures to regulate the activities that fall under its gamut.

Alternative options will be sought and ASEAN rendered redundant if significant doubt exists over to its efficacy in moderating regional affairs. Crippling the fundamental raison d’être of ASEAN will pave the way for unilateral action — particularly on the part of the great powers — and a potential restructuring of the regional architecture. Hybrid warfare waged against a single ASEAN member state must be seen as an attack against the whole — otherwise hybrid warfare will have fulfilled the exact purpose of its design.