Hong Kong seniors discover yoga: now they have even more energy and much less stress

Kwong Tik-ping was partly paralysed after suffering a stroke more than a decade ago. For many years, she had trouble balancing and walked with an unsteady gait. It was a nuisance for the 79-year-old who lives alone – that is, until she discovered yoga.

Kwong attends weekly classes at the International Women’s League Social Centre for the Elderly in Jordan, and is among a growing number of Hong Kong seniors to take up yoga and discover its many health benefits.

How nada yoga can destress Hongkongers. We take a 30-minute trial session to find out

Before joining, Kwong had physiotherapy sessions at public hospitals and tried qigong and tai chi. None were as beneficial as yoga. “Before, if I walked for too long, my body would start to slump and I always worried about falling. But now, I always have good posture and better stamina,” she says.

“Qigong only teaches you how to breathe, and my memory is so bad I can hardly remember the tai chi moves. With yoga, the moves are simple. After I know the technique, I can practice it at home myself.”

Yoga conjures up images of masters in convoluted poses; advertisements often show young women doing difficult backbends and twists. Like many of her classmates – aged from 63 to 79 – Kwong was initially intimidated by it. Kwong recalls how nervous she had been when she joined her first class one year ago: “I was worried that I would not be able to follow, and that it would be very odd to pick up yoga at such an old age.”

The students’ nerves were eased when they learned that their instructor, Monica Lai Suk-ying, was of a similar age, in her mid-60s. She is a great example as she shows everyone what their bodies can do. 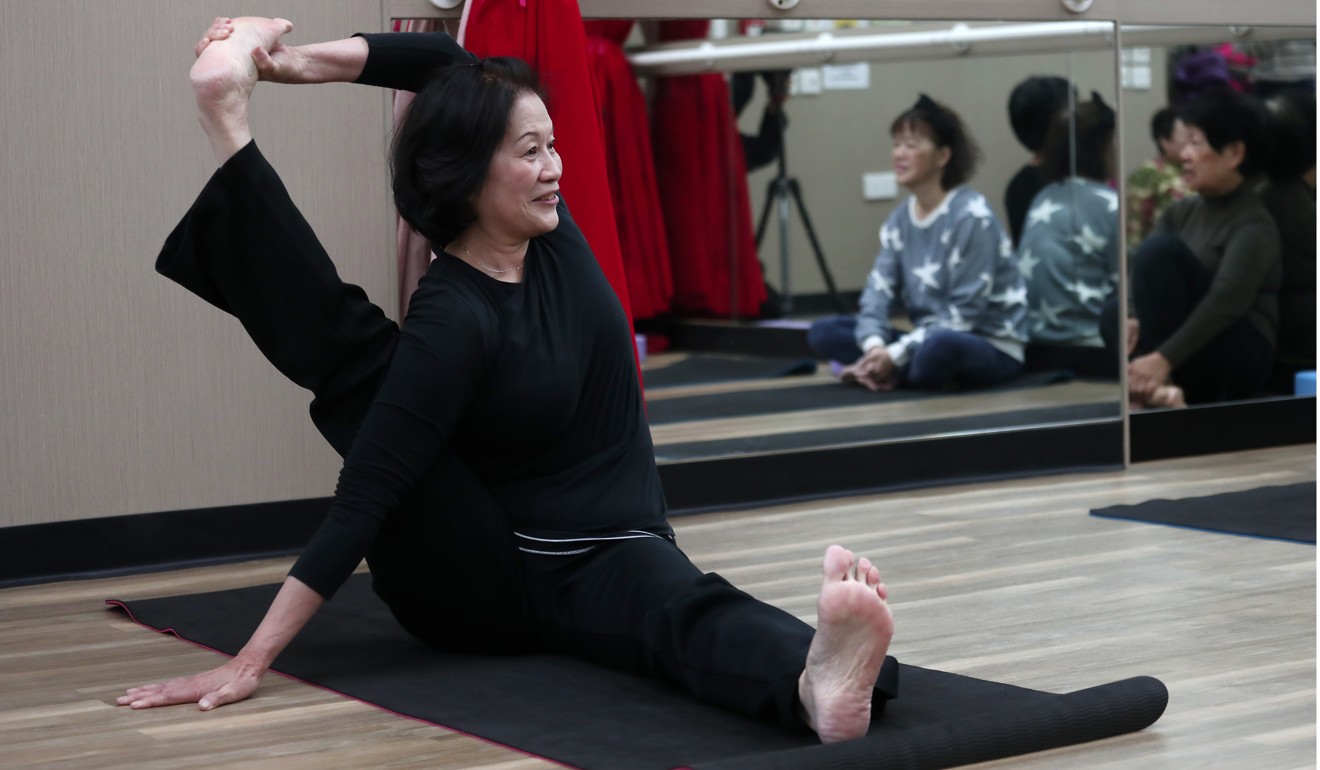 “If she can do that, then slowly so can we. It gives us more motivation,” says Cheung Fung-ying, 70, while doing a shoulder stand. Yoga alleviated her back pain, and she has even taught her two four-year-old grandsons some of the poses, known as asanas.

Another mature student, Leung Kit-luen, 64, easily slides into a split. “My body has become more flexible. It’s easier for me now to just bend down and pick up my grandchildren,” she says.

A 99-year-old yoga teacher’s amazing life and youthful spirit, and the people she’s known, from Gandhi to Marlene Dietrich

Yoga’s many positive effects – such as lowering blood pressure, lessening chronic pain and improving balance – are scientifically proven. But it does more than improve the practitioner’s physical condition. It also generally includes meditation, to help clear and soothe the mind. A study that focused specifically on older adults found that practising yoga improves their quality of life – measured by factors such as physical and psychological health – and the quality of their sleep.

With yoga, the moves are simple. After I know the technique, I can practice it at home myself

“I used to be very stressed all the time,” says Kwong, who has a family history of high blood pressure. “But yoga taught me to relax and let go.” Cheung says: “It calms my mind and makes me less irritable.”

Lai, who has practised yoga for over a decade, completed a teacher training programme for Svastha yoga of Krishnamacharya in 2010. She now gives private classes and teaches older adults and cancer survivors at community centres. Lai knows the challenges seniors may face in learning yoga and how to ease them into the practice. “The first key is to respect every individual and understand their physical condition. So for each pose, I would give several options of varying levels and start with the most basic ones,” says Lai, who started the class with warrior and extended triangle poses, before moving onto tougher ones such as the reverse table top. She also demonstrates each pose rather than giving verbal instructions.

“It is very important to take things step by step and explain slowly. It does require a lot of patience,” says Lai. Even though some poses require the yogis to point their heads downwards, Lai recommends her elderly students to not bend beyond a 90-degree angle, nor keep their heads down for too long.

Seniors who would like to frequent yoga studios and boutiques, which may not offer classes catering specifically for older adults, can try gentler forms such as yin yoga. Rather than building muscle strength, it is a slower paced form of yoga, that focuses on stretching connective tissues, especially those in the lower part of the body such as the thighs, lower spine, pelvis and hips. Each pose may be held for 45 seconds to two minutes or longer. 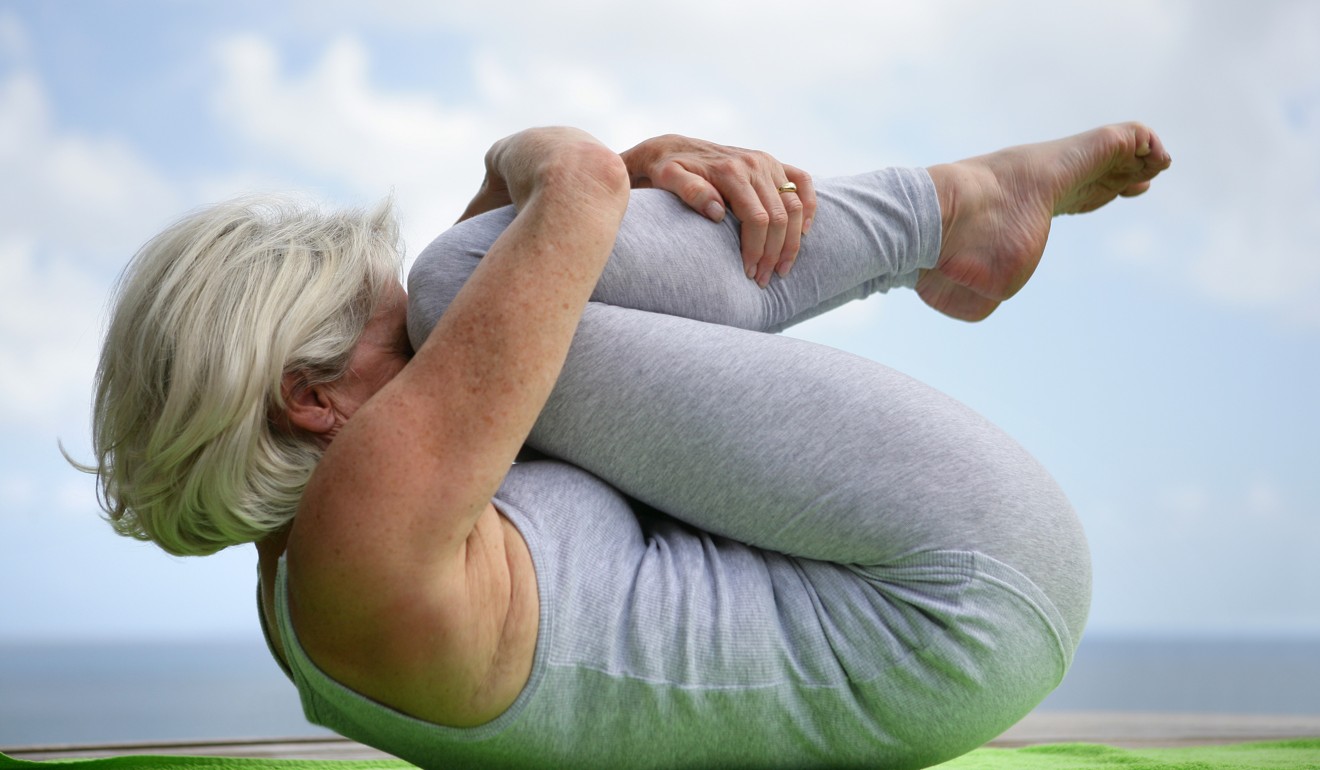 “Its slow pace makes it easy for me to follow along,” says Ng Wai-kit, who signed up for classes at Pure Yoga after his daughter and daughter-in-law both did yoga while they were pregnant and he realised it would also be safe for someone senior like him.

“My muscles have become more rigid with age, but yoga helps me regain flexibility,” says Ng, who turns 82 this year – a living testimony that yoga is truly advantageous for all. 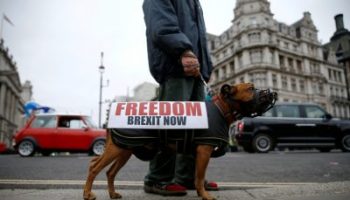 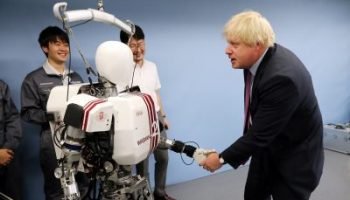 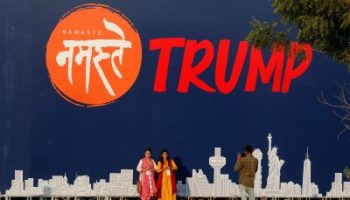 Trump’s visit to India all hat and no cattle 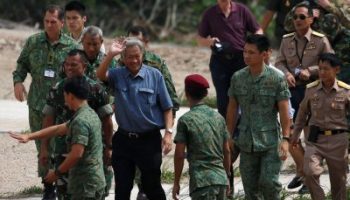 ADMM+ a plus for mitigating US–China rivalry