Malaysia’s new ruling coalition, Perikatan Nasional (PN), is exceptional in its ethnic homogeneity. Cobbled together over late February and early March 2020, the coalition is dominated by Malay Muslim parties; it includes the United Malays National Organisation (UMNO), the Pan-Malaysian Islamic Party (PAS), and the majority of MPs from Parti Pribumi Bersatu Malaysia (Bersatu). Most remaining members are from ‘Bumiputera’ (Malay and other indigenous) communities in Sabah and Sarawak, through PN’s alliance with the East Malaysian-based Gabungan Parti Sarawak (GPS) and Gabungan Bersatu Sabah (GBS). 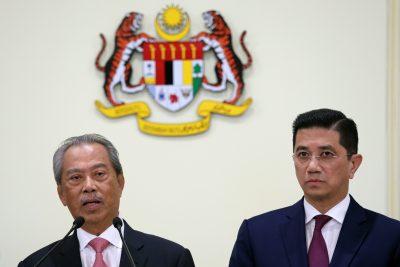 Although Malaysia’s new Prime Minister Muhyiddin Yassin reassured minority communities in his initial address that he would be a prime minister for all Malaysians, his coalition has raised fears of a different balance. His government comprises representatives from UMNO’s Barisan Nasional (BN) partners, the Malaysian Chinese Association (MCA) and the Malaysian Indian Congress (MIC). But the latter two parties together hold just three seats among the coalition’s slim majority in the 222-seat parliament.

The reality is that this newly forged and far from stable coalition confronts complex electoral imperatives. How will ethno-nationalist impulses play out in Muhyiddin’s ‘Malay unity plus’ government?

PN will surely seek to distinguish itself from both the Pakatan Harapan (PH) coalition it supplanted and, to some extent, the BN government that PH replaced. Among the coalition’s primary grievances is the status of Malays and Islam in the polity. By PN’s reasoning, PH made too many concessions to non-Malay interests, including ceding key positions such as attorney general and minister of finance to non-Malays.

Malay rights and Islamism will almost certainly be the starting point for defining a PN agenda. For their part, non-Muslim PN members of parliament have expressed concerns over whether their ‘voices [will] be heard’ as the coalition finds its bearings.

Central to PN’s identity-building effort will likely be aggressive statements and actions to assert Malay–Muslim centrality. This might include policies to support Malay–Muslim icons to appeal to segments of UMNO’s base, such as farmers and civil servants, as well as other economic initiatives that favour Malays and other Bumiputera. In point of fact, PH’s Shared Prosperity Vision (SPV) 2030 plan and budgets also included safety-net spending for the ‘B40’, the socio-economic bottom 40 per cent comprised mostly of Bumiputera, embracing a similarly race-based frame. Muhyiddin quickly announced that SPV 2030 will continue under PN.

But these initiatives — as well as a stimulus package crafted by PH that PN is now rolling out to counter the COVID-19 downturn — may be ‘too little, too late’. As Tricia Yeoh suggests, Muhyiddin’s initial statements promising attention to the needs of Malaysia’s poor signal a reinvigoration of UMNO’s past policy practice of delivering benefits directly to Malay villages. Such efforts cultivate dependency on the government and fears of losing out if UMNO loses power again.

Yet these signals notwithstanding, Malaysia’s demographic makeup yields a more complicated electoral calculus. PN’s primary justification is the need to restore and enhance the status of Malays and Islam in Malaysia. That the bloated 69-member cabinet includes only four Chinese and two Indian representatives (not all cabinet members are elected MPs, and one additional Chinese MP declined to serve) is testament to the ethno-nationalist impulse — even if Sabah and Sarawak’s Malay and non-Malay Bumiputera, at least, are better represented now than in the past.

Embracing Malay-centrism without entirely alienating non-Bumiputera, who make up nearly one-third of the population, will be especially challenging for PN. PAS, for instance, perennially insists that it is not anti-Chinese, arguing that it merely opposes the Democratic Action Party, a centre-left political party comprised largely, but not exclusively, of ethnic Chinese Malaysians. Although PAS no longer emphasises its ‘PAS for all’ mantra, the party frames racial tolerance as necessary for legitimacy. And yet, the substance of the critique PAS and its partners now offer is racial: that in sharing power meaningfully, Chinese Malaysians usurp the rightful prerogative of ethnic Malays. Indeed, PAS President Hadi Awang has previously insisted that only Muslims may govern Muslims — a stance at odds with recognising equal political rights for all citizens.

Particularly as elections approach, PN — and specifically PAS — may confront an awkward electoral incentive to moderate its approach. Focusing on inclusive policies rather than ethno-nationalist showboating may, for instance, encourage non-Bumiputera to see a more secure future in Malaysia, stemming further brain-drain at an economic crunch-time. And PN candidates in ethnically mixed seats, or where voters are simply less communal in orientation, may need to win over at least some non-Malay voters if they hope to win.

At the same time, the fact that PN includes multiple Malay-based parties raises the possibility that they will compete most heatedly among themselves, rather than with non-PN challengers. Sharing out seats in which various coalition parties will stand for election is sure to expose fault-lines within the government.

Beyond those power struggles are thorny questions over PN’s focus and its priorities. As the tortuous progress of PAS’s still on-hold efforts to pass RUU355 — the ‘hudud bill’ — makes clear, these parties have real policy differences to reconcile, despite their ideological alignment over Malay ethnonationalism.

Yet UMNO, Bersatu, PAS — and to a significant extent the now opposition People’s Justice Party (PKR) — all fish in the same vote pool. These parties may be under pressure to ‘out-Malay’ one another in the quest for nationalist votes, even if doing so may compromise their ability to lure non-Malay voters that could tip the scales to their advantage.

Given Malaysia’s unusually fragmented array of political parties, a ‘Malay unity’ government may be, perversely, both disunited and pressed to curry favour with kingmaker non-Malays.

Meredith Weiss is Professor and Chair of Political Science at the Rockefeller College of Public Affairs and Policy at the University at Albany, State University of New York (SUNY Albany). 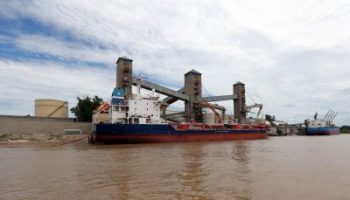 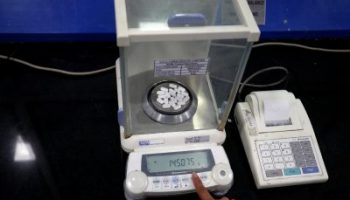 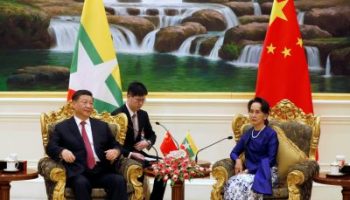 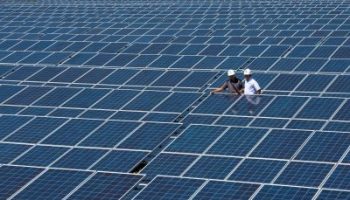