Earth Day in 2021 marked a US return to the Paris Agreement by President Joe Biden’s administration, soon after his inauguration in January 2021.

The return signals a reversal of the climate policies of his predecessor, Donald Trump, who showed little interest in climate change until 2020. Biden also announced that the United States would be hosting a digital climate change summit — The Leaders Summit on Climate — on Earth Day and called on world leaders to attend. The administration announced that it would set stricter greenhouse gas emission reduction targets for the year 2030 in the lead up to the Summit and urged other countries to do the same.

For years, Japan has been reluctant to set significant emission reduction targets, arguing that it has already achieved the highest possible level of energy efficiency and that any activities to further reduce emissions would burden the economy.

Japan’s first emission reduction target for 2030 — set in July 2015 — was to reduce emissions by 26 per cent by 2030 compared to 2013 levels. The 2013 base year was chosen because it was when Japan recorded its highest emissions since 1990. Choosing a high emissions base year set a low bar but allowed Japan to aim for a reduction percentage comparable to more ambitious other countries.

The Paris Agreement adopted in December 2015 set the long-term goal of holding the rise in global temperatures to below 2 degrees Celsius and pursue efforts to limit the increase to 1.5 degrees Celsius. A report published by the Intergovernmental Panel on Climate Change in 2018 stated that global emissions needed to be reduced to net zero by 2050 to keep global warming within 1.5 degrees Celsius of pre-industrial levels. Net zero means that all human-induced greenhouse gas emissions must be absorbed by natural ecosystems or other technological means.

The idea that countries should make an effort to reach net zero by 2050 rapidly spread around the world, with an increasing number of countries adopting this as a national target. But Japan was not one of them and its attitude towards environmental issues remained largely unchanged through the Trump administration.

Within Japan, an increasing number of private companies — as well as local governments — began to see how their global counterparts were voluntarily setting emission reduction and renewable energy targets, and started pressuring the national government to support such activities.

As Biden’s chances of securing the presidency increased in late 2020, concerns mounted in Japan that failure to set a 2050 net-zero target could see it left behind other industrialised countries. These pressures made it necessary for Japan to present its 2050 target.

In October 2020, Prime Minister Yoshihide Suga declared that Japan would aim for carbon neutrality by 2050. When Biden announced that the United States would set its 2030 emission target by the Leaders Summit on Climate, Japan had to become more ambitious. As a result, the previous target of a 26 per cent reduction was modified to 46 per cent. This increase will be crucial for Japan to achieve its new 2050 target, but whether such drastic emissions reductions can be made in the next nine years remains unclear.

When energy plans are determined first, emissions reductions can only be adjusted relative to existing energy consumption — like through energy savings — and are therefore limited in their reduction potential. For example, the 2015 announcement of the 26 per cent reduction was based on an assumption that coal-fired power plants would still supply about 26 per cent of electricity in 2030.

For the first time, Japan has set emissions reduction targets before energy plans were determined. The new energy plan, still under debate at the time of writing, will prioritise the amount of renewable energy required by 2030 from the perspective of climate change mitigation policies.

What is common to Japan’s past is its tendency to follow US policy behaviour. Japan’s new 2030 target was determined less as a reflection of strong voices within Japan to pursue more ambitious environmental policies, and more as a consequence of normative pressures from the United States and wider international community.

In a bilateral summit meeting between Suga and Biden in April shortly before the Summit, the new US–Japan Climate Partnership was launched to facilitate greater bilateral environmental cooperation, but it is unclear how this partnership will directly connect with stakeholders in Japan. In order to provide a value-add, the US–Japan Climate Partnership should bolster mutually beneficial cooperation in fields where Japan can lead, like technological innovation towards greater emissions reductions.

Yasuko Kameyama is Director of the Social Systems Division at the National Institute for Environmental Studies, Japan. 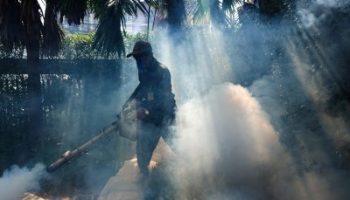 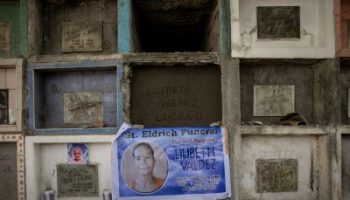 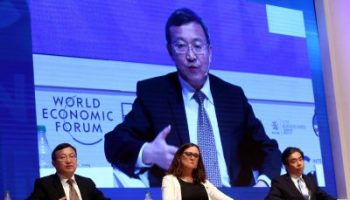