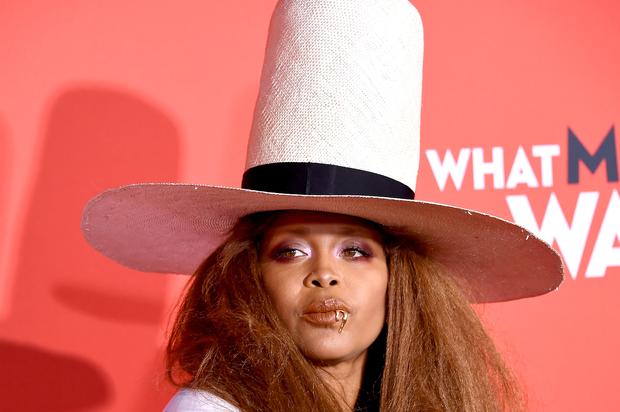 “I’m used to being misunderstood,” Erykah Badu recently stated. “I don’t mind being the problem that may lead to a solution at some point.” This remark was made in reference to the criticism the songstress has received for her contributions to difficult conservations held on social media. Badu has already landed herself in another squabble with Twitter users following the upsetting news relating to Empire star, Jussie Smollett.

Reports state the actor was hospitalized after what appears to be a hate crime in which the assailants used a rope and bleach. In what appears to be a response to the uproar found on Twitter relating to the incident, Erykah came through with her usual message of “unconditional love.” She questioned whether the public was being manipulated by the headlines. She asked is every had all the facts straight since “every headline written about me was all out of context and manipulated to trigger YOUR outrage.”

Of course, this caused some blowback. Some wondered why her statement placed the focus back on her. Others were disappointed that the public’s response to the attack was being questioned at all. The singer was quick to explain her statement. “This is not in ref to my brother Jussie. This is across the Board. Period,” she warned “Don’t try it, fam.” Although she claims the comment was not about Smollett, the tweet that followed the one that caused the latest backlash stated, “Love to Jussie.” She also engaged with the criticism that directly named the actor’s current predicament causing more confusion about her intentions.

“I was encouraging the group to wait for the FACTS before making a sound judgment on ANYTHING,” she later clarified. “I used my situation as an example. At the same time I received news our bro Jussie was attacked. I had already started this convo when I was alerted.The two were entangled.”

New Zealand policymakers need runs on the board