Don’t Blame Trump, or Republicans, For The Mess We’re In

It is no exaggeration, our democracy is hanging by a thread, being tested like never before. Four years of the most corrupt, and incompetent, president in our nation’s history … along with a political party that failed to remove him from office when it had the chance, twice, … will do that.

For those who thought once Trump was voted out of office things would get back to normal, you weren’t paying attention. For those who thought Republicans would come to their senses once Captain Chaos was stripped of his power, you never understood the sheer evil of Mitch McConnell and his band of obstructionists.

But here’s the thing. Trump and his seditionist Republicans are today threatening our democracy as a direct result of two monumentally bad decisions by the Roberts Court.

In a 5-4 decision, the Supreme Court held that corporations are people with First Amendment rights and their money is free speech. This decision reversed century-old campaign finance restrictions and unleashed floods of dark money to corrupt our politics and foul our democracy. As former president Jimmy Carter put it, this ruling was nothing short of “legalized bribery.”

In another 5-4 decision, the Supreme Court gutted the Voting Rights Act of 1965, a law that required certain states with a history of discrimination against minority voters to get changes cleared by the federal government before they went into effect. Writing for the majority, Chief Justice Roberts wrote there was no longer any need for the law because, since the law’s enactment, “things have changed dramatically.” That racial discrimination had come to an end was news to many Americans, especially black Americans.

Within days of the Court’s decision, states that were covered by the Voting Rights Act began to enact new voting restrictions. Who could have seen that!

It’s hard to think that because of the new far-right conservatives on the bench, John Roberts is today considered a moderate! (OK, moderate conservative).

We know beyond a doubt that Trump, and his rabid base, does not believe in democracy. We know today’s Republicans do not take seriously their sworn oath to the Constitution, if they ever did.

When that decisive case comes before the Supreme Court, the one determining whether democracy lives or dies, what will it be for the Court’s conservatives?  Will it be partisanship over country, like it is for those who put them in power? 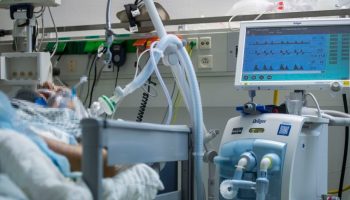 Anti-Vaxxers Are Literally Dying To “Own The Libs” 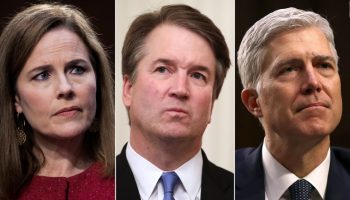 Did They All Lie?

Despite Evidence To The Contrary, Ron DeSantis Tries To Assure Floridians “All Is Well”

Our Interview With That “College Educated Wite Suburian Woman”