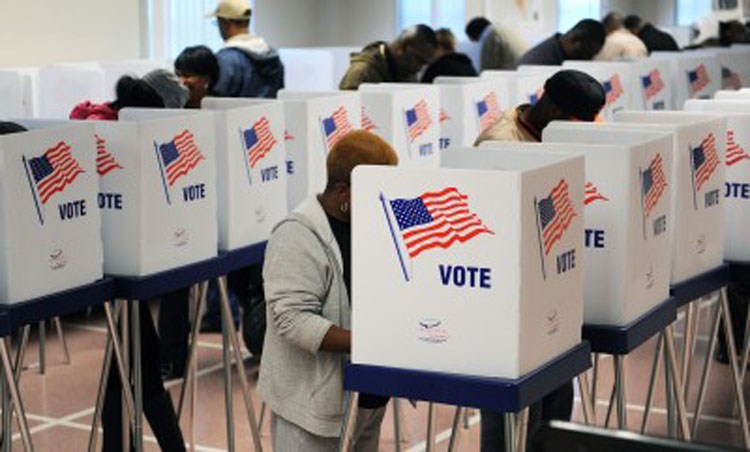 Now that the United States Senate has voted to keep our lawless president in office; now that the courts have shown a reluctance to interfere in what they see as political disputes … it is up to the American people to render the ultimate verdict by voting Trump out of office in November.

But even though a majority of Americans disapprove of Trump, such a simple and obvious strategy runs up against three obstacles.

First, will the Democrats nominate a strong candidate that can send Trump packing? For a while, it appeared they had such a candidate … Joe Biden. But after a poor fourth-place showing in Iowa, the Biden-as-the-Democratic-savior narrative is starting to fray. While many Democrats have a favorable opinion of the former VP, they wonder if he has the stuff to go head-to-head against perhaps the most vicious, hit-below-the-belt politician of all-time, Donald J. Trump. Many seem to have concluded that, at the age of 77, Biden simply does not have the fire in the belly to get the job done.  While the fiery septuagenerian Bernie Sanders seems to have the momentum that can carry him to the nomination, many moderate Democrats worry he is too radical (god forbid, a democratic socialist who believes health care is a basic human right!) to win a national election.

Third, and most important, can we rely on a free and fair election? Now that Trump has been given a pass on trying to extort a foreign government into meddling in our 2020 election, does anyone, other than Susan Collins, believe Trump has learned his lesson and will stop trying to cheat his way into office … again? Can we have any faith in a Department of Justice, run by Trump’s flunky, Willian Barr, to safeguard the integrity of our electoral system? Can the American people have any confidence in the election outcome, no matter which way it goes?

We keep hearing that this next election is the most important in our lifetime. It’s become an election-year cliché. But 2020 truly is the election which will determine whether or not our Constitution still matters … whether the rule of law still matters … and whether we, as a nation, will continue to strive towards that noble, yet elusive, goal of a more perfect union based on equal justice under the law.

Coronavirus: four cruise-ship passengers taken to New Jersey hospital to be tested for the disease