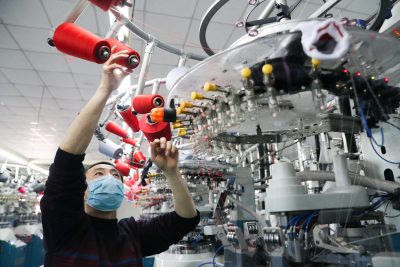 China’s leadership expected that economic growth in 2020 would be a celebratory event, marking a doubling of the economy’s size over the past decade. But the new coronavirus (COVID-19) has obliterated those forecasts despite Beijing’s draconian measures effectively bringing the epidemic under control sooner than anticipated. The nationwide shutdown led to the epidemic’s slowdown in mid-February, but by then the extent and speed of the virus’s spread already paralysed Chinese society.

Chinese President Xi Jinping took a victory lap on 10 March by visiting the epicentre of virus in Wuhan, the capital of Hubei province. By 19 March, the number of new domestically driven cases fell to zero. Almost all new cases were recent returnees from abroad who found it safer to be in China than in Europe, the epidemic’s new epicentre, or the United States, where the spread of the virus is accelerating.

Yet the economic damage to China is severe, and the prospects for recovery — even with massive financial support — remain uncertain. Sustainably restoring China’s productive capacity in the coming weeks would require an unlikely revival of US demand. China’s recently announced economic indicators for January and February were much weaker than market watchers had forecast. Year over year, retail sales fell by 20.5 per cent and industrial production by 13.5 per cent — China’s worst numbers on record.

The prolonged containment effort has left millions of migrant workers unable to return to work, and factories are still struggling to return to full capacity given the shortages of labour and essential parts. Analysts have downgraded their outlook for the Chinese economy and consider a historic contraction in the first quarter nearly guaranteed. Even with a major fiscal stimulus and interest rate cuts, estimates for 2020 growth vary from 1–4 per cent compared to the original target of 6 per cent.

By contrast, the 2002–2003 economic recovery from the SARS virus was V-shaped, as China made up the entirety of its short-term losses by quickly tapping into strong consumer demand in the West. China was relatively unaffected by the 2008 global financial crisis, when global production and supply networks continued to function, enabling it to maintain rapid growth. Moreover, China’s debt situation today compared with a decade ago makes it less likely that it can rely on expansionary monetary policies or credit-fuelled support for the property market to stimulate growth.

While China’s economy is slowly restarting, the global spread of COVID-19 means that major European economies are in turmoil and the United States is still in the early stages of ramping up its response with unprecedented fiscal measures. China will likely struggle to find enough customers in the West, and emerging markets in Asia and elsewhere are simply not large enough to compensate. Affected sectors include automobiles, as major Western companies have closed down production, and communications equipment, as supply chains have been disrupted.

The outbreak will likely force a re-examination of the logic underpinning the US administration’s extensive use of tariffs to pressure China on trade and investment reforms. The phase one trade deal concluded in January is now inoperative, since there is no possibility that China can meet its agreement to purchase vast quantities of US goods this year.

More importantly, the US strategy to pair tariffs with trade restrictions is incompatible with new priorities, such as arresting the pandemic and ensuring producers have access to necessary parts. There are critical shortages in medicinal supplies emerging in the United States, for example, for which availability and cost have been aggravated by the White House’s tariffs and export restrictions. For better or for worse, the global economy is based on connectivity. The revival of world trade and well-functioning supply networks is essential to resuscitating growth in both China and the West.

Yukon Huang is a Senior Fellow with the Asia Program of the Carnegie Endowment for International Peace.

A version of this article originally appeared here on Carnegie Endowment for International Peace.