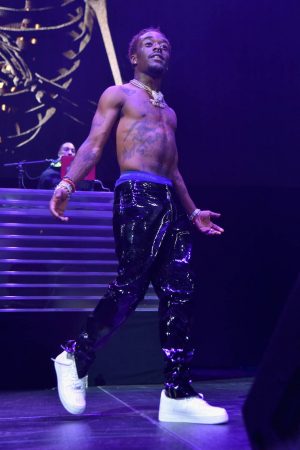 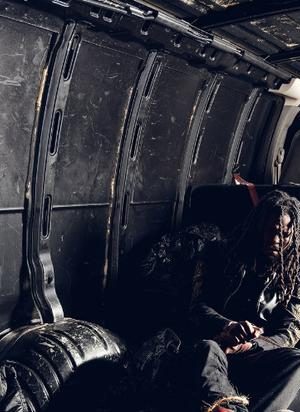 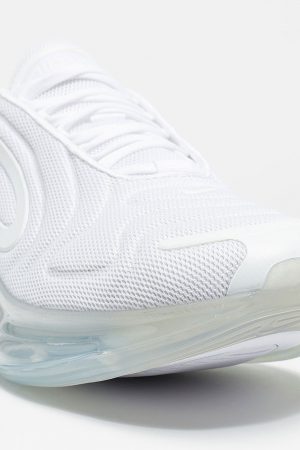 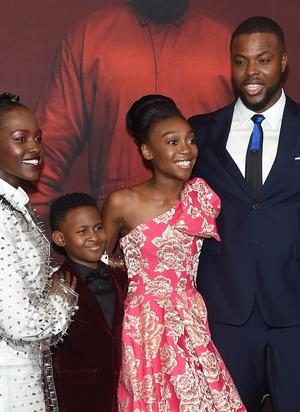 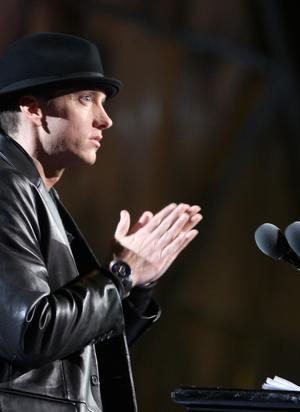 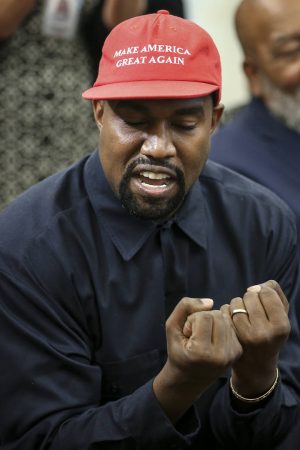 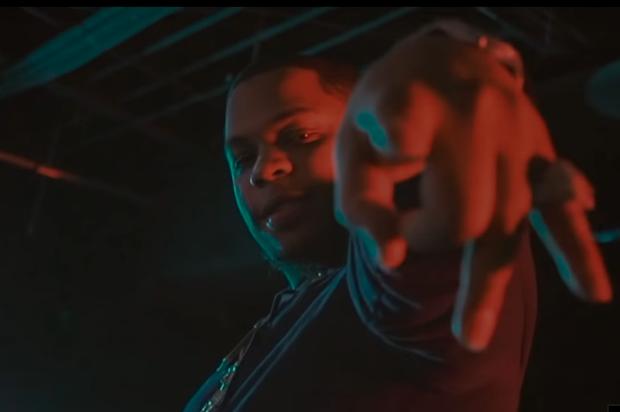 Don Q consistently gives it his all, giving him the aura of a counterpoint to A Boogie Wit Da Hoodies’s carefree style – an opinion informed by the more strongarmed position he takes within the Highbridge group. Whether it’s in issuing a caution to unwanted trespassers, or a tendency to impart loyalty onto his followers, Q generally keeps a straight line moving forward.

Those who take issue with Don Q’s perceived complacency (as a lyricist) might as well admit: this idea of consistency is only boring because it doesn’t apply directly to their daily lives. Nowhere is that more apparent than on “Quick Reminder,” a song a code of honor no different than guerilla warfare is sketched in the most accessible of terms.

First appearing on DatPiff and later on WorldStar as a no-frills music video, “Quick Reminder” forms the basis of this discussion over “consistency” and why those who value its place in music, understand its corresponding value in dealing with life on a street level. When you look at Q’s output under that lens, and only then, will Don Q successively avoid the mousetrappings of NY rap. 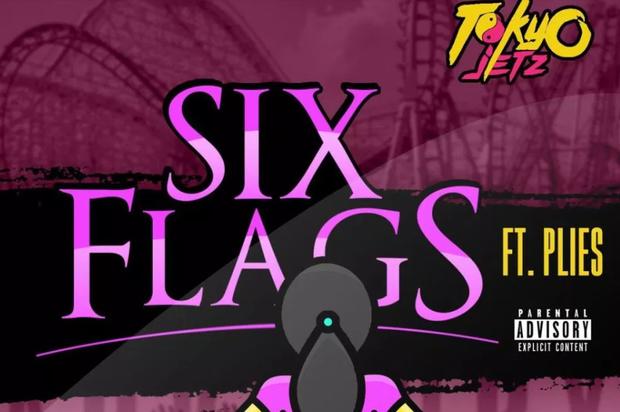 Grand Hustle’s Tokyo Jetz has a new banger that will be receiving ample attention this Spring. The legion of female rappers pushing the “raunchy” vibe may seem saturated, by Jetz stands out as an abrasive yet delicate goddess with versatile flows. She enlists her fellow Floridian Plies for the head knocker “Six Flags.” As you would enjoy riding roller coasters at the theme park, Jetz has another ride in mind on this explicit single.

The beat is comprised of a bass that hits a little too hard and sporadic percussions that turn “Six Flags” into a twerk-friendly single. Plies delivers more of his infamous graphically sexual bars over the jam, but it’s the chorus that will really stick with Jetz fans this summer.

Quotable Lyrics
Pussy super picky
She get super drippy
She ‘gon throw it back while he in it
Down, set, hut, toot it up just like a center
Rich bitch, waist itty bitty
Face pretty, can’t waste this pussy on a lame nigga 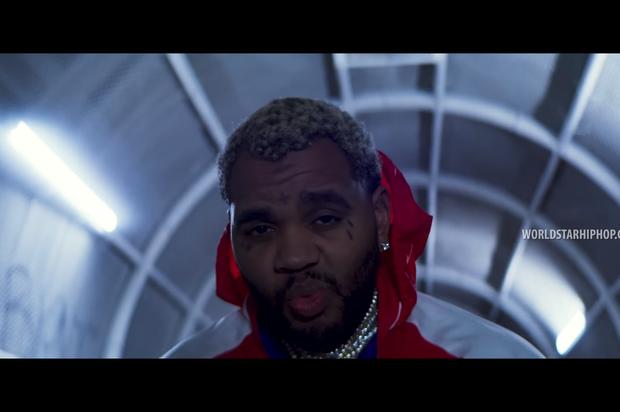 Kevin Gates came through with the single “Right Game Wrong Nigga,” in January to usher in the New Year, and now he is back with visuals for the banger. “RGWN” finds Gates musing about the streets, his own choices, and the consequences of his actions from behind a slight autotune filter. He takes the energy from the record with him into the music video as he trudges through the streets covered in jewelry.

There isn’t anything creatively intriguing about the visuals for “RGWN,” and Gates opts to keep it hood with just simple shots of him laying down bars in the streets. There’s a certain magnetic ambiance to the way Gates comfortably stomps around hoods that would make others shudder.  Directed by Jordan Spencer, “RGWN” focuses on bringing the hostility of the title into visual form, and does so with ease thanks to Gates unwavering talent. 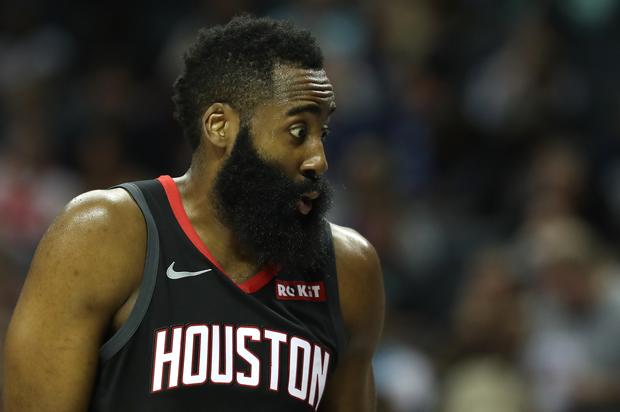 It’s been said many times: James Harden gets away with the extra step, stopping his dribble, the odd flop, basically anything to gives him an edge within the halfcourt line. The old heads on the NBA sidelines don’t think Harden is coachable, in the sense that to maximize his efficiency, the whole offense needs to be centered around him, or the “kick out” option.

While there’s a lot of sense in all those detractive points, James Harden is still making his NBA opponents look silly on a regular basis. For one thing, NBA analysts need to stop basing player expectations around their ability to single-handedly defeat the Golden States Warriors.

Just last night, Harden and his Rockets hosted the San Antonio Spurs at the Toyota Center. In the process of competing real hard against a well-coached Western Conference opponent, Harden picked up 61 of his team’s 111 points to match his career high total. When asked to comment on what he hopes to achieve next, he did what anyone in his position is expected to do: defer to his teammates.

In keeping his Houston Rockets relatively high in the NBA standings, James Harden has given himself an absolute shot at a second consecutive MVP title. His team isn’t unflappable; they do and will drop a few more games down the stretch. 8 out of 10 wins is a respectable mark no team in the West can light a candle to, except for the Los Angeles Clippers (9-1), but they’ve all but admitted they’re playing for next year and beyond, not the 2018-2019 NBA title, their current run of form, the balance of luck and cohesiveness.

Vory Applies More Pressure On "You Got It" 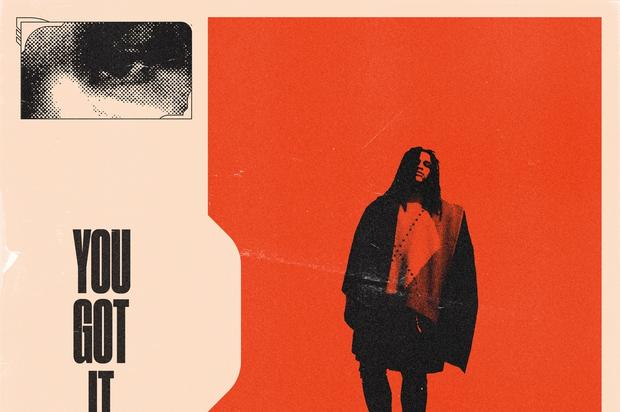 Louisville-bred singer Vory has been carefully charting his own territory. Armed with a familiar vibrato and a powerful pen that has had its hand in crafting tracks that include Bryson Tiller’s breakout “Don’t,” Drake’s “Mob Ties,” and even The Carters’ “Friends” (for which he won a GRAMMY) among others, Vory has been quietly building his own catalog of addictive cuts on his own time.

This year, however, it seems the Kentucky singer-songwriter will finally get his due in the spotlight. Catapulting off a solid feature on Rich The Kid’s “Ring Ring” track, found on the newly-released The World Is Yours 2, Vory ushers in that new era with his “You Got It” single. Per his usual formula, Vory’s subject matter tunes in on heartbreak as he laments the emotional rollercoaster of a tumultuous relationship. “You Got It” precedes Vory’s forthcoming Say EP.

I put curses on all my exes
Blew my chances, yeah I blew my chances
Spent label advances on late night dances
I was careless, but I couldn’t care less 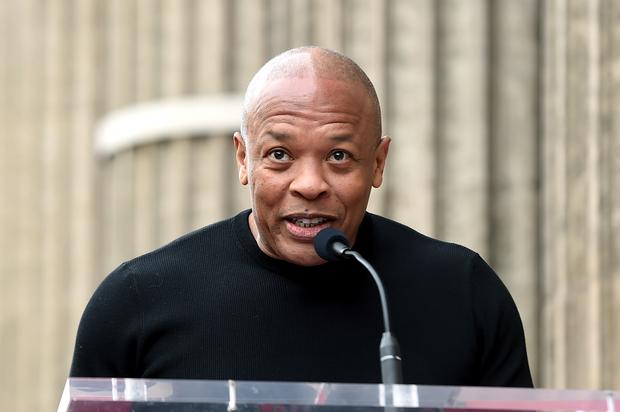 While some of Hollywood’s stars are facing controversy for their part in bribing admissions officers and top college officials in order to gain their children entry to the United States’s top schools , Dr. Dre is making it clear that his daughter has just been accepted into the prestigious institution of the University of Southern California, no bribery necessary.

In a new post, the proud father, uploaded a shot of him and his daughter, Truly Young, with her certificate of admissions from the school, adding the caption, “My daughter got accepted into USC all on her own. No jail time!!!”

Naturally, a host of users under the photo were quick to point out the fact that Dre and Jimmy Iovine donated $70 million to the university in 2013 for the creation of the USC Jimmy Iovine and Andre Young Academy for Arts, Technology and the Business of Innovation.

But, it’s important to note the difference between a scholarly donation and plain old bribery that the likes of Lori Loughlin and Felicity Huffman have allegedly committed, leading to the removal of their children from USC’s campus and leaving them to deal with criminal charges over fraudulent activities. At least 50 people have been charged for their involvement with the parents of each student implicated in court documents being charged with at least one felony count of conspiracy to commit mail fraud and one count of honest services mail fraud. 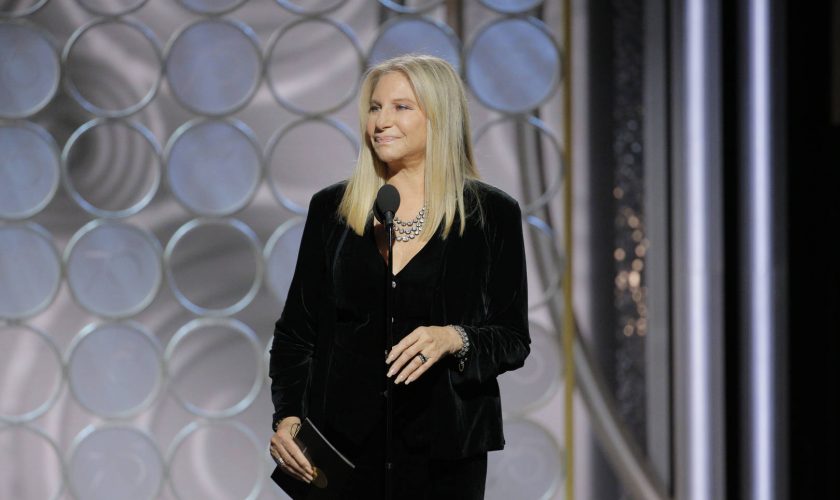 This weekend, Barbra Streisand found herself in pretty hot water after an article in the Times U.K. revealed some words deemed insensitive to the alleged victims of Michael Jackson in the wake of the Leaving Neverland documentary on HBO.

In her original statement with the Times, Streisand declared that she did believer Wade Robson and Safechuck, but went on to defend Jackson’s alleged molestation of them: “His sexual needs were his sexual needs […] You can say ‘molested,’ but those children, as you heard say [Robson and Safechuck], they were thrilled to be there. They both married and they both have children, so it didn’t kill them.”

On Saturday, Streisand made an effort to clear up her words, speaking with Entertainment Weekly, she stated that she does not believe “it is OK for the innocence of children to be taken advantage of by anyone.”

She added: “The stories these two young men shared were painful to hear, and I feel nothing but sympathy for them. The single most important role of being a parent is to protect their children. It’s clear that the parents of the two young men were also victimized and seduced by fame and fantasy.”

“I am profoundly sorry for any pain or misunderstanding I caused by not choosing my words more carefully about Michael Jackson and his victims because the words as printed do not reflect my true feelings,” she most recently said in a separate statement to EW. “I didn’t mean to dismiss the trauma these boys experienced in any way. Like all survivors of sexual assault, they will have to carry this for the rest of their lives. I feel deep remorse and I hope that James and Wade know that I truly respect and admire them for speaking their truth.”

Joy Crookes Issues Burning New Offering In "Since I Left You" 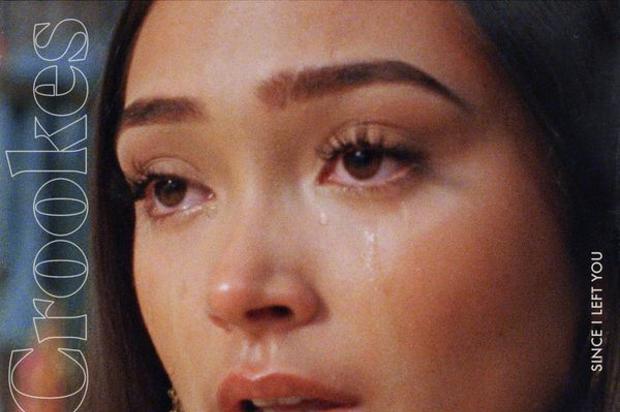 If you’re looking for a change of pace, look no further than Joy Crookes.

The 20-year-old South London-bred singer-songwriter is likely to be an unavoidable name is months to come and makes a strong case for the notion with her latest “Since I Left You” track. The cut is another offering in Crookes’ catalog that displays up blatant vulnerability paired with distinguishable and commanding vocals, creating a sound that has drawn comparison to the likes of Amy Winehouse and Lauryn Hill since her career’s inception.

“It’s a personal challenge,” she tells Vogue of her songwriting process. “I don’t do it for anyone but myself. I put a lot of pressure on myself to reveal so much. But there are some songs that reveal things to me.” 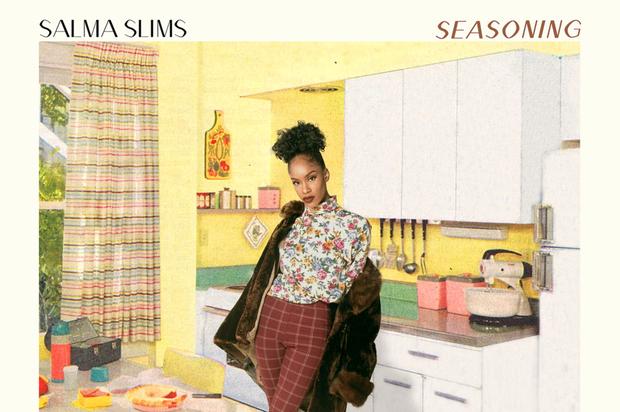 Salma Slims has been paving her way as the first lady of Private Club Records, one to MadeinTYO and 24hrs, for some time now and this month, the Atlanta-bred emcee issued a flavorful new track with her “Seasoning” cut.

The wavy backdrop comes by way off Cam Wallace (Ty Dolla $ign, Sevyn Streeter) as Salma hops over with a signature delivery that comes laced with a southern touch as, issuing familiar boasts of her vacillation between rapper and model, a swift parlay into he forthcoming Runway Rapper effort, due for arrival this year. While the project will be sure to provide us with a proper outline of tracks that prove Salma’s stake once and for all, get acquainted with “Seasoning” now.

I’m in New Orleans like I’m Weezy now
Met a fine nigga at the Mardi Gras
Want let him fuck, he wanna beat it down
You-you ain’t gotta ask who run the town
Bag after bag, yeah I run ’em down 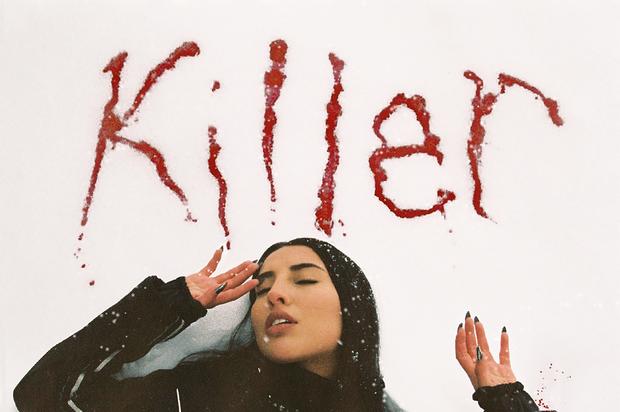 Montreal-based songstress Zeina first landed on our radar with her Odd One Out EP back in 2017, since then the singer has been hard at work crafting a catalog of burning ballads that have led up to her latest creation, “Killer,” yet another low-key track that underscores a sound characterized by moody, trap-influenced backdrops and delicate vocals.

On this particular cut, Zeina references a killer in a room shared between her and a lover over a guitar-laden background. “And it’s not me and it’s not you,” she lets out.

Produced by Keith Askey, Danny Majic & Jeff Shum, “Killer” follows up on her “Tear Drops” and “In My Head” singles, all released in a pattern that point towards another full-length offering from the Canadian siren. Until that arrives, give a thorough listen to “Killer.”

I don’t think we’re gonna make it
What we have is poison, what we have is damaging
I don’t know why I can’t help it
Why I’m so addicted
Knowing this’ll kill me, yeah
But I don’t wanna see you elsewhere