Can we stop the protectionist wave?

Globalisation was under threat even before the pandemic. US President Donald Trump set the tone by declaring himself ‘tariff man’, imposing bogus ‘national security’ tariffs on steel and aluminium imports from allies while launching a trade war with China and eviscerating the WTO Appellate Body. But Trump was not alone in attacking the global trading system.

Since the Global Financial Crisis (GFC), G20 leaders have repeatedly promised no new trade restrictions. Yet time and again they have broken their promises. Documented by the Global Trade Alert, each year for the last decade nearly every G20 country has added to its roster of trade restrictions. The pace of new restrictions has gathered steam as the years have rolled by.

Trade is not the only target of anti-globalist policy. Foreign direct investment (FDI) is a necessary complement to supply chains and the delivery of business services and has increasingly faced policy barriers. Starting in 2017, Trump reversed long-standing US policy which embraced both inward and outward FDI. He cast aspersions on US-based multinational corporations (MNCs) investing abroad by ‘outsourcing jobs’, despite contrary evidence. With the Foreign Investment Risk Review Modernization Act of 2018, he then implemented strict reviews on foreign MNCs — particularly Chinese ones— investing in the United States.

But there have been some positive initiatives during the anti-globalist decade (2009–2019). Despite America’s retreat, the Comprehensive and Progressive Agreement for Trans-Pacific Partnership (CPTPP) was launched, and the Regional Comprehensive Economic Partnership was agreed, even without India. The European Union concluded major trade agreements with Canada and Japan, while China signed pacts with South Korea, and many other bilateral free trade agreements were concluded.

These positive policies were more than offset by negative policies: Brexit, the near-death of and subsequent renaming of NAFTA and Trump’s tepid phase one trade deal with China. Merchandise trade grew at 56 per cent, not much faster than world GDP of 40 per cent, between 2009 and 2018. Annual FDI inflows fell from their peak, from US$1.8 trillion in 2007 to just US$1.3 trillion in 2018.

Then COVID-19 struck. The worrisome rise of protectionism instantly transformed into a global financial rout. Travel came to a standstill as one country after another closed its borders. The European Commission imposed its own ban on exports of vital medical supplies to outsider countries.

Some 54 countries have now imposed export restrictions on medical goods. Lockdowns were quickly adopted by China, South Korea and Italy and are now becoming common among all advanced countries. Enforced social distancing has caused a sharp drop in world GDP during the first and second quarters of 2020. Major banks are forecasting US GDP losses up to 20 per cent in each quarter.

These calamities almost guarantee a surge both in import protection and export controls. China is likely to restore its economic engine before advanced countries. A flood of Chinese exports might trigger a new wave of trade protectionism — antidumping duties, countervailing duties and safeguard actions — even while supply chain shortages and isolating workers limit output elsewhere. Meanwhile, wherever supply shortages erupt, an instant political response will halt exports to keep ‘essential’ goods at home. Supply surpluses may end up closely guarded out of fear. Restrictive measures so far are prioritised to secure medical supplies, but other products cannot be far behind. Soon this practice will become almost as widespread as the virus.

Whatever political purposes might be served by protectionist responses, the economic cost will be greater. We’ve already seen the cost at a local level, as people hoard necessities and ensure supplies are not available for those in dire need.

At a macroeconomic level, trade disruption will foster costly ‘self-sufficiency’ campaigns. Arch-protectionist Peter Navarro has invoked the pandemic to demand that the United States make all medical supplies, pharmaceuticals and other ‘essentials’ at home. Even Emmanuel Macron urged that vital French goods stay in France. Least developed countries with weak healthcare systems will suffer a lack of access to medical supplies.

What can be done? The WTO machinery is too weakened to provide an effective response. Given its questionable track record in keeping markets open following the GFC, the call for meaningful action from the G20 seems futile.  At their virtual summit on 26 March, the G20 leaders said: ‘Emergency measures aimed at protecting health will be targeted, proportionate, transparent, and temporary’ in their joint statement — not exactly a ringing declaration.

The best hope rests with bilateral truce agreements. China seems well positioned to take the lead, given its nascent economic recovery and pro-globalist mindset of President Xi Jinping. These agreements should provide bilateral commitments not to restrict exports to the partner. They should suspend, for the duration of the pandemic, new trade remedies — antidumping duties, countervailing duties, safeguard actions — and adopt strong language in favour of inward and outward FDI between the partners. Also recommended is a ‘trusted traveller’ protocol allowing businesspeople and even tourists who test free of virus upon departure to visit the partner country.

Plurilateral cooperation might be the ideal way to deter fresh trade restrictions. ASEAN+6 might issue a stirring declaration. But it could take months to ensure free flow of medical products in a plurilateral group. Bilateral commitments can be reached faster, perhaps as a step towards plurilateral agreements.

In time, some of the Chinese partners might sign bilateral truce agreements between themselves. New Zealand and Singapore committed unilaterally to keep their flow of essential goods and medical supplies open, and their commitment has been joined by several other countries. Eventually, such truces might be generalised as protocols to the CPTPP, other regional agreements, and even APEC and the WTO.

Gary Clyde Hufbauer is a non-resident Senior Fellow at the Peterson Institute of International Economics.

Euijin Jung is a Research Fellow at the Peterson Institute of International Economics.

Lights off around the globe for Earth Hour amid coronavirus restrictions 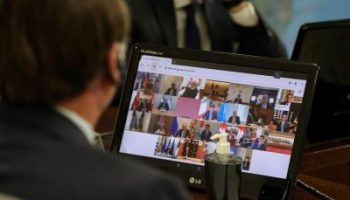 A relationship in need of adult supervision 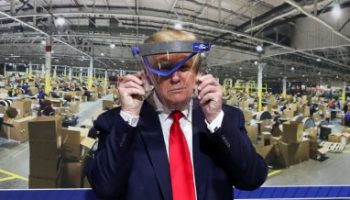 US pandemic politics spells trouble for its Asian partners 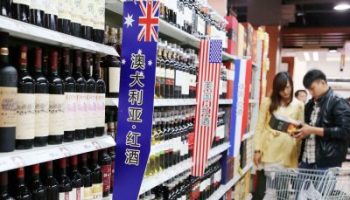 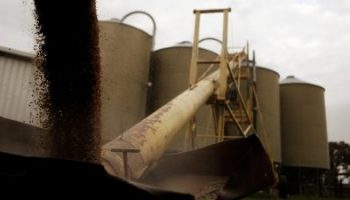 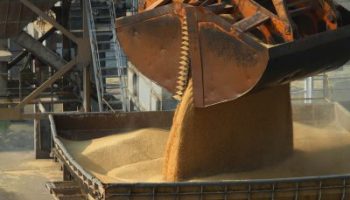