And The Barr Just Keeps Getting Lower 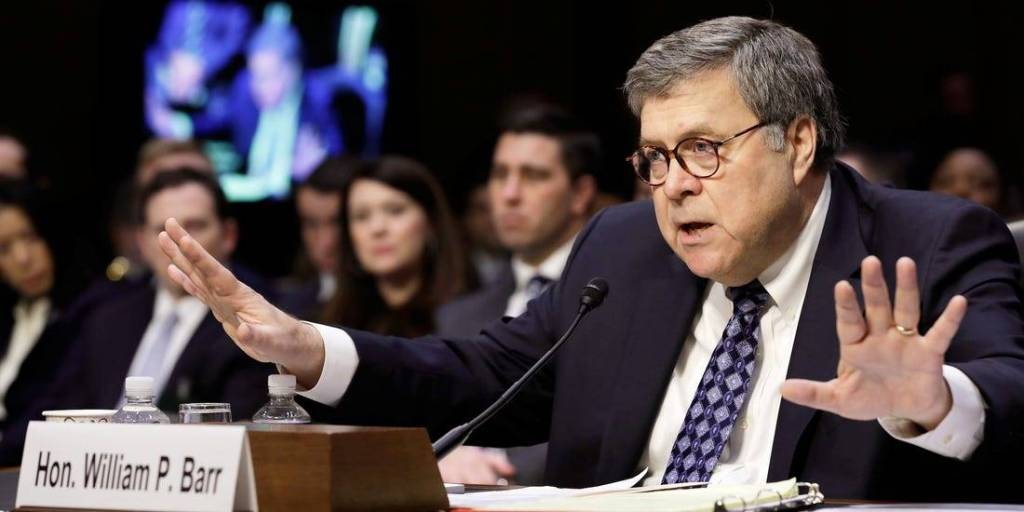 Yesterday Americans got one more example (if they needed one) of how the rule of law no longer exists in the United States. Well, at least for those associated with the Trump crime syndicate.

William Barr has given the admittedly guilty criminal, Michael Flynn, a “get out of jail free card.”

We should not be surprised.

We all knew Barr was lying through his teeth when he said, at his confirmation hearing, he would never cave to political pressure from Trump or anyone else, insisting his age and experience freed him to act independently.

“He pleaded guilty to lying to investigators,” continued Nadler. “And now a politicized and thoroughly corrupt Department of Justice is going to let the President’s crony simply walk away. Americans are right to be furious and worried about the continued erosion of our rule of law.” Nadler predictably called for a new inspector general’s investigation. Good luck with that!

Remember this is the same William Barr who lied to the American people about the contents of the Mueller Report; the same henchman who reversed prosecutors’ sentencing recommendations for convicted Trump confidant Roger Stone; the same toady who refused to investigate Trump’s extortion of Ukraine for political gain; and the same Attorney General who wants us to believe he was “appalled” by the “apparent suicide” of Jeffrey Epstein.

It is probably too late for Barr to be impeached for his unprecedented assaults on the rule of law.

At the very least, Barr needs to be disbarred for transforming the role of our nation’s top law enforcement officer into that of a corrupt consigliere for Trump’s personal interests.

Adam Schiff has been quoted as saying Barr has “weaponized” the Justice Department to go after Trump’s enemies. He could have added, “and to go light on Trump’s criminal associates.”

Let’s not let the coronavirus pandemic distract us from what Barr is doing to undermine the bedrock of American democracy … the rule of law. The man needs to be held accountable in whatever way possible.

Democrats, Republicans, and anyone who believes in the primacy of American justice, should be calling for Barr’s resignation … immediately.

Michigan Tribe Decides Not to Reopen Casino After State Warnings