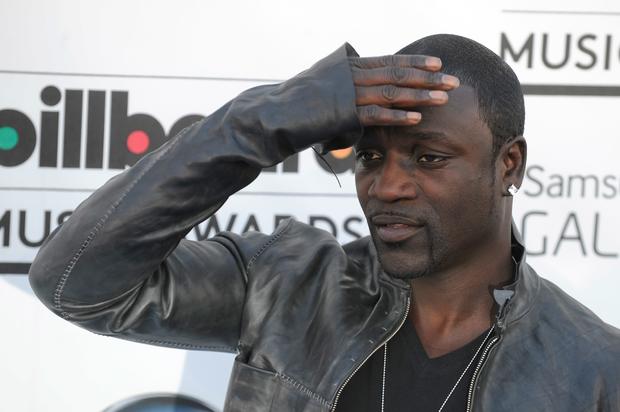 Akon’s musical lineage is often misplaced in several undefinable categories as if he were som all-consuming entity representing the whole of Africa. The reality could not be any further from the truth. Konvict Music isn’t being kept afloat as a historical keepsake. For the 45-year old singer, still very much a renegade in spirit, the family business is something he’d like to impart on his 15-year old son Jahvor, or Jah as he prefers to be called.

TMZ was asked to break the news by Akon himself, in forwarding them a teaser of Jah’s prospective lead single “Locked Away.” As you’ll see, the similarities between Akon and his son are quite uncanny, especially when bunched together on this song, one after the other. Not only does “Locked Away” bear a strong resemblance to “Locked Up,” recorded in 2004. They also kind of lay claim to a similarly-veined style and vocal register, listen for yourself.

“My son wrote the chorus and his verse to symbolize how a kid could be mentally ‘locked up’ and can’t escape the inevitable ways of the streets [and] becoming a product of the environment,” Akon told TMZ, implying that his son shared his depth of character.

That’s not all: Akon’s other son Ty Pittman was recently featured in a MattyBRaps music video with over 500k views within days of being submitted. And yet it’s Jah’s album that’s first on the docket, with Akon estimating a June release for his son’s Konvit Music debut, in line with the commencement of “African-American Music Appreciation Month.”

Chhattisgarh cop uses petrol from bike to set himself on fire, critical