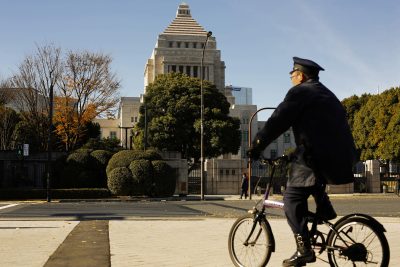 Japan goes to the polls on 21 July with half the seats of the Upper House up for grabs. There is little doubt that Japanese Prime Minister Shinzo Abe and his Liberal Democratic Party (LDP) are sailing towards their sixth consecutive electoral victory.

But how has Abe achieved such remarkable longevity in the top job? And what implications does this hold?

This does not mean Abe has not faced obstacles. He suffered a miserable first stint as prime minister in 2006–2007 when his impatient and nationalistic tone and a series of ministerial scandals saw him accused of being out of touch with ordinary Japanese. This perception has continued to dog him as he rode out the Moritomo and Kake corruption scandals and other accusations that the bureaucracy is — whether under direct orders or surmising (sontaku) cabinet intentions — dispersing favours to Abe’s friends and allies. In its relations with the United States, the Abe government is hanging on for life through a strategy of obsequiousness vis-a-vis President Donald Trump’s threats to impose tariffs on Japanese automobiles and rhetoric undercutting the US–Japan Security Treaty. And Abe looked impotent as host of the G20 summit in Osaka last month in the fight to prop up the rules-based economic order against the background of the US–China trade war and the Trump-led chaos plunging the global economy toward protectionism and disorder.

So, what is the secret to Abe’s staying power?

The two factors that characterise the Abe era are ‘voter apathy and the moribund state of inter-party competition’, argues Tobias Harris. While ‘independents resist Abe’s muscular conservatism’ they are also ‘reluctant to embrace the anti-Abe politics of the [left] … Independents largely abstain, LDP and Komeito grassroots supporters turn out in strength, and Abe romps to victory — this has been the story of every election since 2012’.

This is despite the fact that, as Greg Noble argues in our first lead this week, the majority of the Japanese public actually support a great deal of the policy positions of the centre-left opposition parties — such as opposing tax increases, expanding social welfare and opposing the restarting of nuclear reactors.

The decisive factor at election time, however, is performance, particularly economic and security policy performance. And on these counts, the LDP enjoys ‘immense structural advantages’ including ‘association with the glory days of the rapid growth period; the backing of the United States; and familiarity’, explains Noble.

The opposition by contrast is in disarray. The two main opposition parties, the Constitutional Democratic Party (CDP) and Democratic Party for the People (DPFP), are saddled with their association with their predecessor the Democratic Party of Japan (DPJ). Its past ‘sad record of infighting and ineffectiveness during its stint in power from 2009–2012; the suspicion of the United States; and the extraordinary bad luck to be in office during the triple disaster of earthquake, tsunami, and nuclear meltdown in 2011’ continue to shape public perceptions. On top of that, the split up of the DPJ divides the anti-LDP vote.

Japan has thus become a ‘kind of managerial democracy’, explains Harris. ‘Abe cannot push too hard with his ideological preoccupations … But so long as he makes a good-faith effort to grapple with some of Japan’s more pressing economic and social issues … the public is willing to tolerate Abe’s staying in office’.

Despite his longevity, Abe is struggling to carve out a legacy.

The Abe government has won plaudits for its ‘Abenomics’ economic policy package. But it has implemented the politically easy bits — fiscal stimulus and monetary easing — while dragging its feet on the most important aspect: structural reforms to boost long-term economic growth. At the same time the opposition parties have failed to hold the government to account and articulate an alternative economic vision.

The Abe government had some success, but also encountered controversy, when it reinterpreted the Article 9 peace clause of the Constitution and passed the implementing security-related bills to recognise the right of the Japan Self-Defense Forces to engage in limited forms of collective self-defence. Despite all the energy expended, diplomatic negotiations with Russia to resolve the territorial dispute over the southern Kuril Islands/Northern Territories haven’t made any headway. There has been no progress in resolving the abduction issue with North Korea. And Abe’s long-cherished goal to revise the Constitution hangs delicately in the balance.

As Corey Wallace argues in our second lead, the LDP–Komeito coalition, along with other pro-revision parties, face an uphill battle to retain the two-thirds supermajority needed to put revisions to a national referendum. The ‘last time this year’s seats were contested was in 2013 when Abe enjoyed levels of public support since unmatched … With 67 LDP seats on the line this election, the LDP will struggle just to not lose seats’.

Another key factor is the support of the LDP’s junior coalition partner Komeito. As a political offshoot of the Nichiren Buddhist movement Soka Gakkai, Komeito ostensibly upholds pacifist values. ‘Komeito’s now six-year long association with the Abe administration is … grating on some sections of its usually reliable … voting bloc’, Wallace suggests.

This will impact not just on Komeito but also on the LDP in light of the two parties’ electoral cooperation strategy whereby the coalition partners don’t run candidates against each other and instruct their supporters to vote for each other in single-member districts (SMD). Since Komeito voters provide anywhere from 5 per cent to 20 per cent of the votes for each LDP candidate in the SMDs, ‘even a small drop off in Soka Gakkai support … might be decisive’.

With no end in sight on Japan’s long quest for contestable party politics, the Abe government appears to be the only game in town. Abe’s dominance belies Japan’s weak politics as the best the opposition can seem to do is play defence against his nationalist excesses. The lack of competitive party politics continues to impede the innovative policymaking needed to address Japan’s myriad economic, demographic and security challenges.

Under the Abe government Japanese democracy is no longer vigorous but complacent, Aurelia George Mulgan concludes in an article forthcoming on East Asia Forum later this week. The inability of the opposition parties to offer any kind of serious alternative to the LDP risks a crisis of Japanese democracy. And the lack of competitive party politics will continue to impede the innovative policymaking needed to address Japan’s myriad economic, demographic and security challenges.

Nas And Kelis Come To Terms In Custody Battle 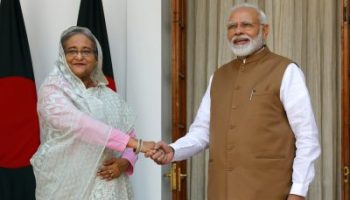 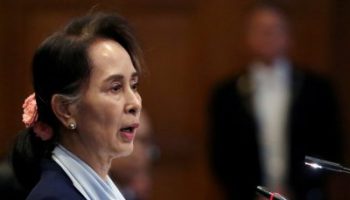 Prospects for Myanmar’s development and governance 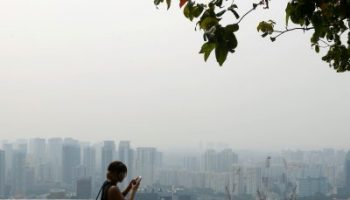 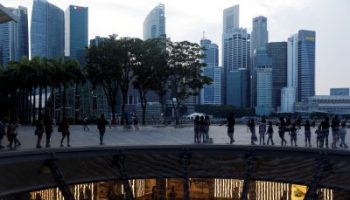 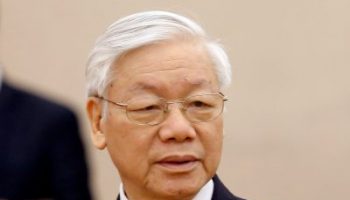